“I think he should be suspended eight, maybe 10 games for that,” Warriors coach Steve Kerr jokingly said when asked about Steph Curry getting ejected for throwing his mouthpiece towards a ref near the end of his team’s loss to the Grizzlies on Saturday night. “It was egregious. It was awful. It endangered thousands of people in the stands.”

“I didn’t throw my mouthpiece at the ref,” Said Curry. “I got better aim than that. I threw it out of frustration.

“That last play, I thought I got fouled, and my frustration boiled over. I did something stupid. I deserved to get kicked out, and that’s what happened. Obviously, I’ll learn from it and try not to do it again.”

I’m not saying he’s going to do it again and I’m not calling him a chronic mouth-piece thrower but this is Curry’s second instance over the past two years (an unofficial NBA record). The first instance came during Game 6 of the 2016 NBA Finals aka The Warriors in Cleveland Hell game. A game that included LeBron’s infamous stare-down on Curry after a bucket; a game that included a shot of LeBron kneeling over the body of a lifeless looking Curry; a game that had Curry’s wife tweeting the NBA was rigged; a game that was highlighted by Curry hitting the son of the Cav minority owner Andrew Forbes in the head with his mouthpiece after fouling out.

Here’s a few other visuals from the memorable night as well as an amusing sketch from the Jimmy Kimmel show about the ejection. 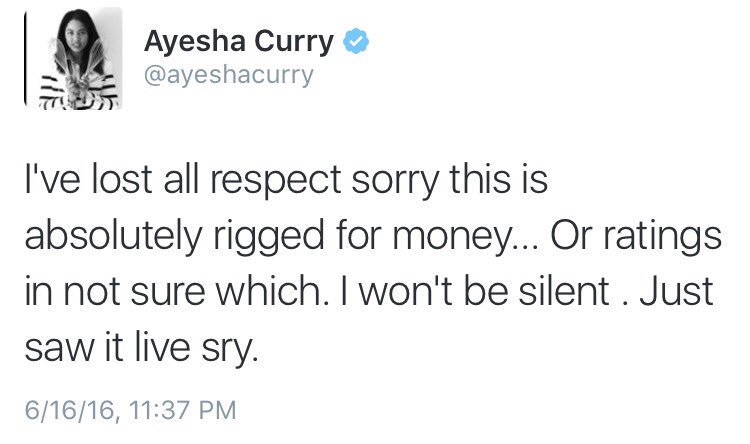 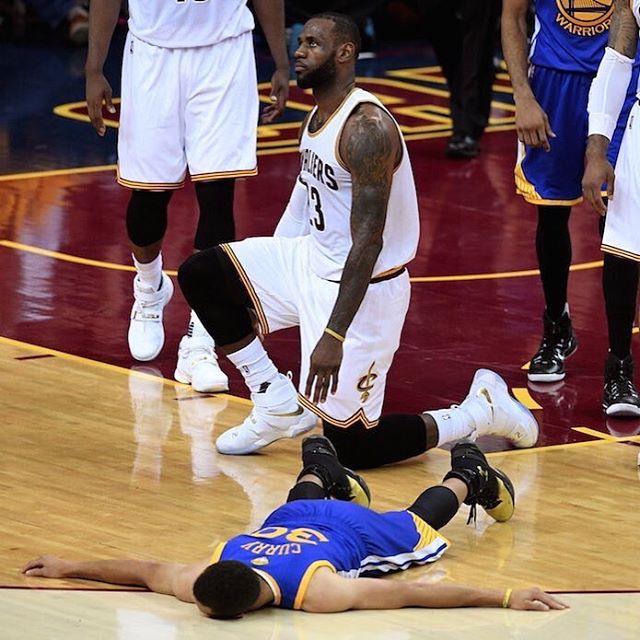