New York fans are brutal and are willing to boo everybody and everything and during the 2015 NBA draft they were at their booing best when the Knicks selected 7’1 Kristaps Porzingis from Latvia with the 4th pick.

“I think our fans are going to like him,” said Phil Jackson. “The reaction of the crowd is what you anticipate in New York, and he’s aware of it.”

Hopefully he’s also aware of Stephen A. Smith who didn’t have very many nice things to say about Phil picking the 19 year old.

“This young man is an eye-opening athlete,” Jackson added. “We felt the risk/rewards were the greatest with this guy, perhaps, than the whole lottery.”

Tell it to these “fans” Phil. 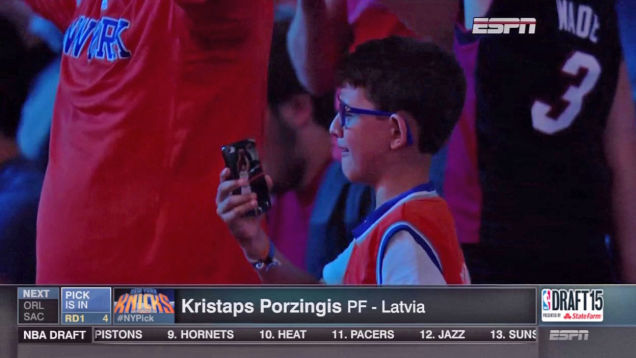 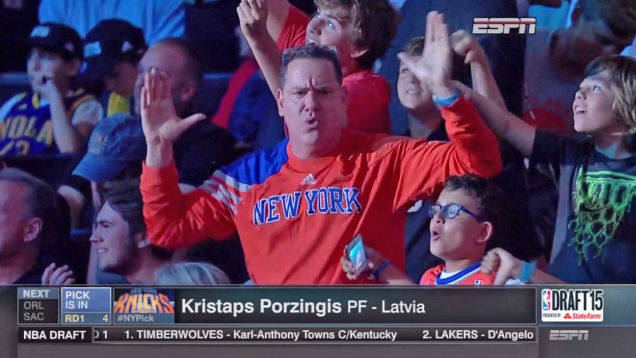 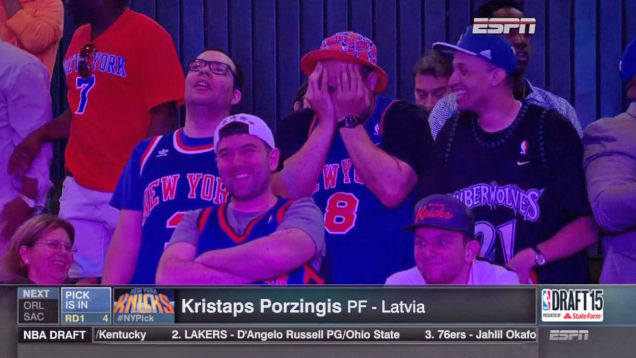 “I have to do everything that’s in my hands to turn those booing fans into clapping fans,” Porzingis said. “I want to be a part of this organization, and I know the fans are a little harsh sometimes. But that’s how it is here in New York, and I’m ready for it.”

Good luck Kristaps. After last season and the way things are going so far in the summer, i’m not sure you can be “ready” for the Knicks.