Two of the most dynamic point guards in the league faced off on Friday and matched each other with 23 points a piece.  But it was Stephen Curry who came away with the 18 point win over Kyrie Irving and his Cavs.  Curry also had a game-high 10 assists (3 less than the entire Cavs team) for the Warriors who had 6 players in double-figures. 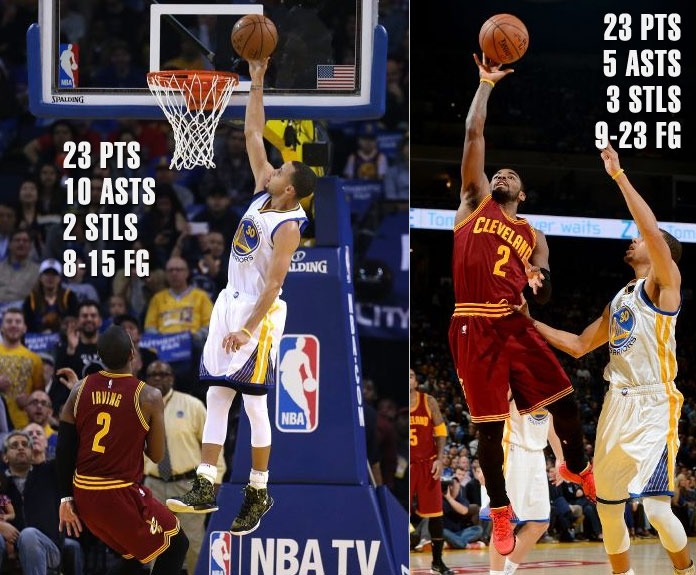