20 minutes (two 10 minute videos).  That’s how long it takes to show off every 3-pointer Steph Curry aka Chef Curry aka Most likely MVP of the 2014/15 season made during his record breaking season when he broke his own 3-point record by 14. A season worthy of being called the greatest shooting season of all-time, which includes him winning the NBA 3-point contest and generating countless viral videos including one where he makes 77 3-pointers in a row and 94 out of 100!

In honor of Curry’s fantasy season, the hilarious Youtube channel DownToBuck created a 9 minute montage (along with a funny story) of the Chef cooking defenders, catching fire and making 286 3-pointers in a single season. 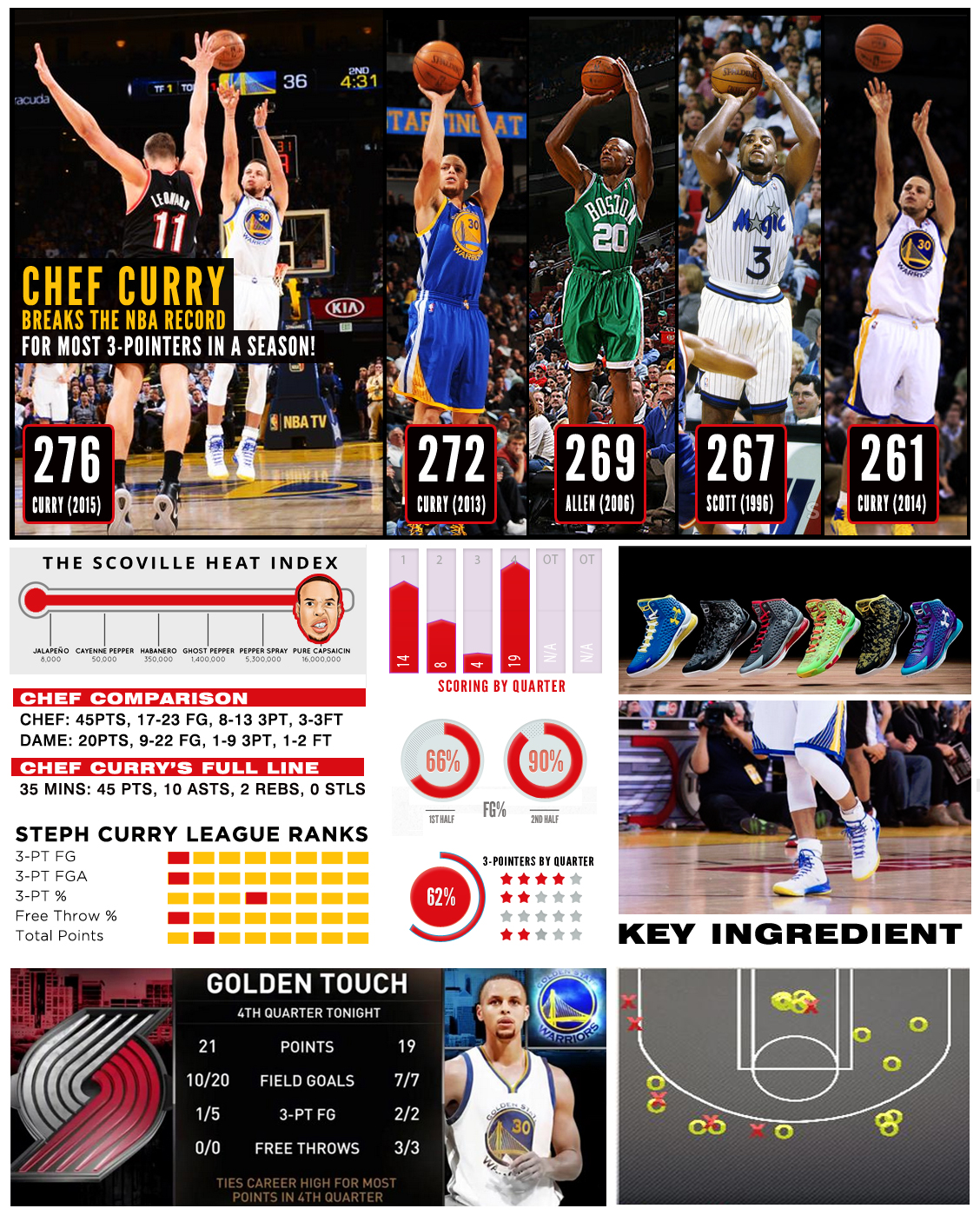