With LaMarcus Aldridge, Batum and Kaman sitting out, Damian Lillard would have to step up big against Stephen Curry and the Golden State Warriors to end a 4-game losing streak on Tuesday night. And he was big in the first, scoring 12 of his team-high 29. But, MVP candidate Chef Curry responded with a game-high 33 points and 10 assists (the team had 37!) to keep the Blazers losing streak going at 5 and to push the Warriors winning streak to 7.

Everybody including the fans who got their money’s worth seeing Curry mix it up with pull up shots, fancy dimes and even a throw down.

The 33 also gives Curry a 29 points per game average against the Blazers which is tied for his highest against any opponent on the road.  The Hornets is the other lucky team to share this honor with the Blazers. 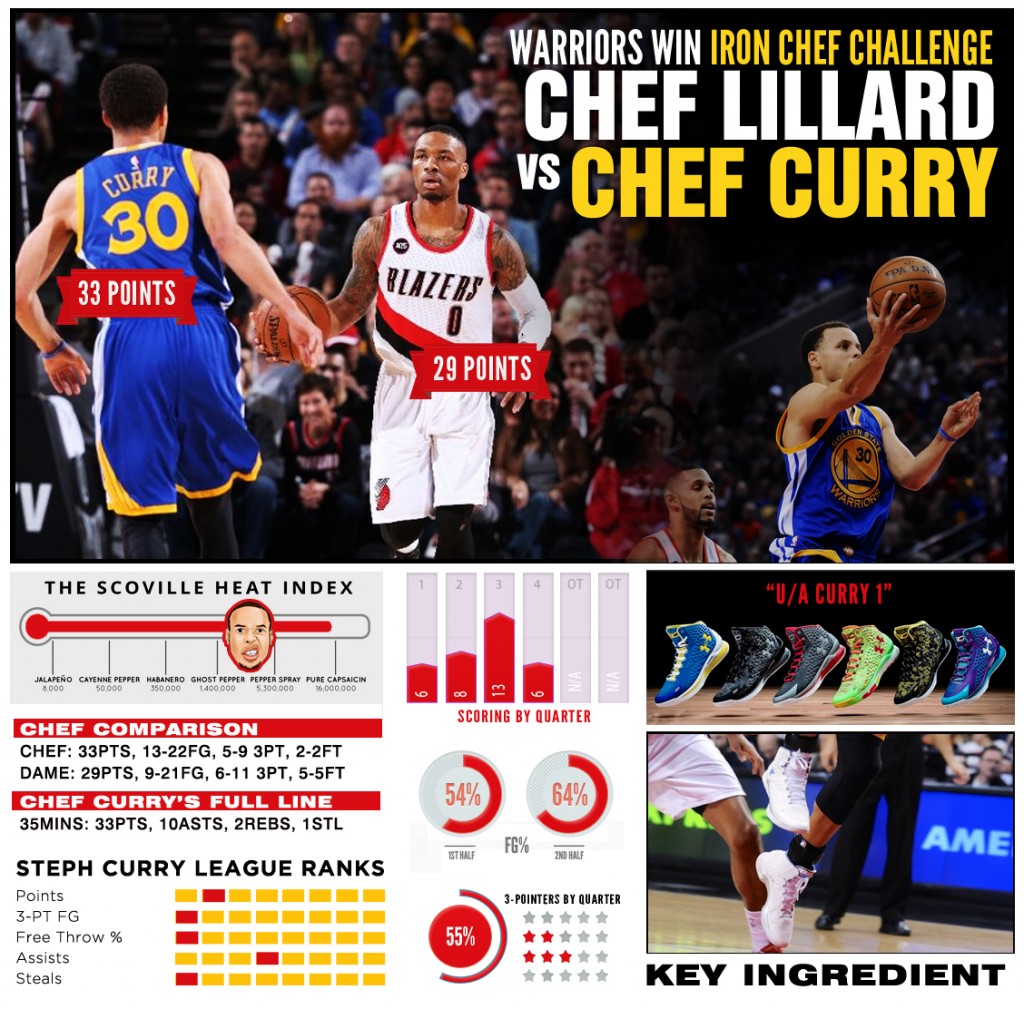