This is a damn shame. Just 1 day after the Houston Rockets unveiled the Legends Lockers at Toyota Center which honors the careers of Calvin Murphy, Rudy Tomjanovich, Elvin Hayes, Moses Malone, Yao Ming, Hakeem Olajuwon, Clyde Drexler, Tracy McGrady and Steve Francis, we get the news that some thug dragged Francis to the ground and snatched a chain right off of his neck while he was on stage at a rap concert.

I know Francis is big in the local Houston rap scene but the 38 year old ex All-Star seems to get himself into a lot of bad situations when he attends rap concerts.  Remember a couple of years ago when Stephen Jackson turned into Dhalism and choked the Franchise for dancing behind him?

Then there’s this embarrassing club moment….

According to TMZ Sports, the thief ended up with the chain, booked it and the police were not called to the scene.

I guess this explains why Francis didn’t show up to the Rockets Lockers unveiling. 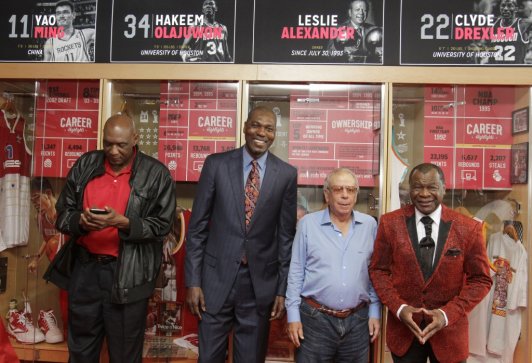