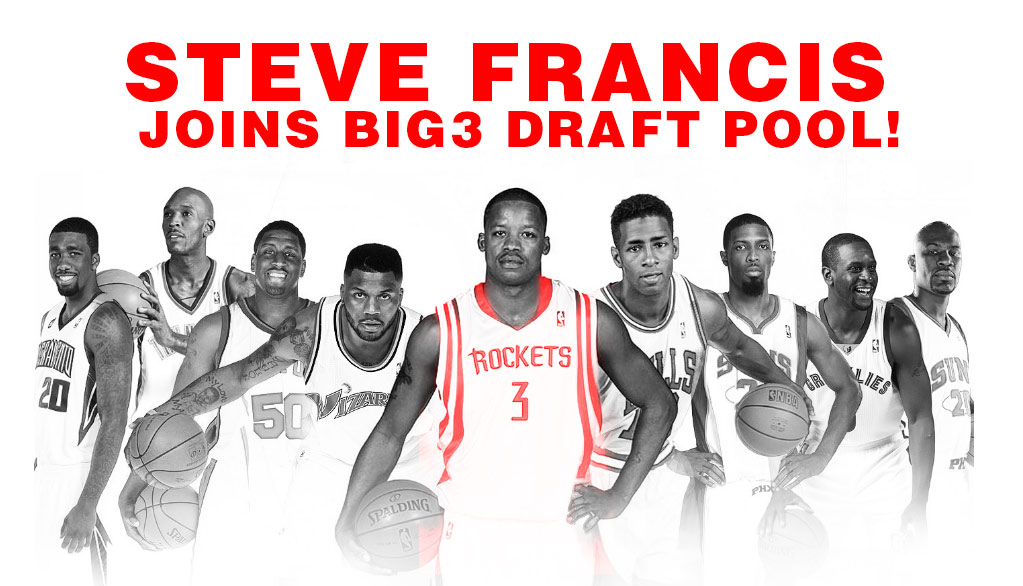 Let me try to explain how happy I am. I woke up this morning sore from doing six hours of yard work..on a Sunday…in Houston weather…because my in-laws made me. Then I accidentally deleted a website (for another former Houston Rocket) that I spent two weeks working on. So you could say my Monday was sucking more than the usual Monday. Then Ice Cube turned it into a good day when the Big3 league announced Steve Francis has joined the already awesome list of players in the Bi3 draft pool.  A few other of my throwback favorites — Kendall Gill, Hakim Warrick, Joe “Beast” Smith and Flip Murray — were also added but they didn’t make me forget I was playing in dirt for six hours yesterday.

It’s been almost a decade since I last watched The Franchise play and about 13 years since seeing him play in person and cursing out people in my fantasy league for picking him before me. Why was I always tell people he’s one of the most exciting players ever and it’s a shame the social media generation didn’t get to see him at his best. During his early days, he was arguably the second best dunker in the league (Vinsanity was obviously #1) and also arguably had the best handles in the league; Imagine if Kyrie Irving was finishing plays with poster dunks on centers and throwing down alley-oops when he wasn’t throwing them to teammates. He wasn’t a “big time scorer” but was a threat to drop 30 when he wanted to; he was only 6’3 but was one of the league’s top rebounding guards and a triple-threat every night —  he once had 17 rebounds to go with 25 points and 14 assists…as a rookie!

The more I go down memory lane, the longer I’m going to be here raving about what Francis was able to do on the court. So I’m just going to stop, share some videos and hit up the Big3 with a thank you for allowing me to watch Stevie Francis play again. 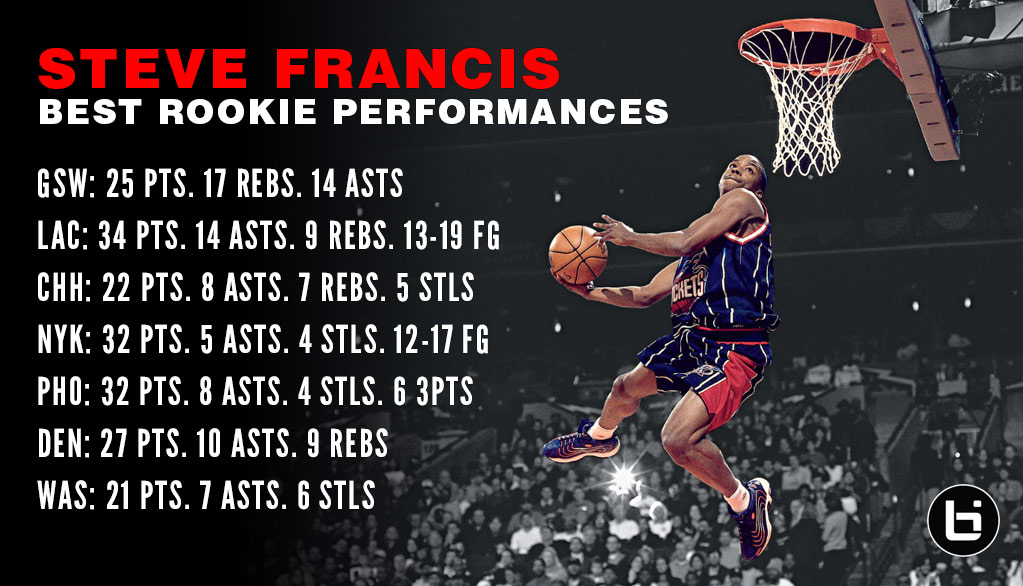