With the 8th pick in the 2000 NBA draft, the Cleveland Cavaliers select…Jamal Crawford!? Yep, Mr. Crossover himself was an original pick of the Cavs back in 2000, then traded to the Bulls just minutes after shaking Mr. Stern’s hand.

Although big draft day trades are common (Pippen/Olden, Webber/Penny, Marbury/Ray, Vinsanity/Jamison, Tractor/Dirk, Kobe/Vlade), most players aren’t too sure how they feel about switching hats so quickly.  But for the boy wonder who grew up idolizing Michael Jordan and was wearing Bulls colors earlier in the day, that phone call from the Chicago Bulls was the call he’s been dreaming about his whole life.

Last summer I had the great opportunity to sit down with Jamal at his home and talk about the draft, his fellow rookies and have a good laugh and trip down memory lane when I pulled out an old issue of Slam Magazine and showed him the section called “Rookies Most Likely too.”

“I got the last laugh,” said Crawford while reading 4 people had him leading the league in turnovers and a few others had him wishing he never left school.

He never did lead the league in turnovers and 15 years after leaving school early, he’s not only still here, but he’s still breaking ankles, breaking NBA records and providing inspiration to young ballplayers who might one day hear their name on NBA Draft night. 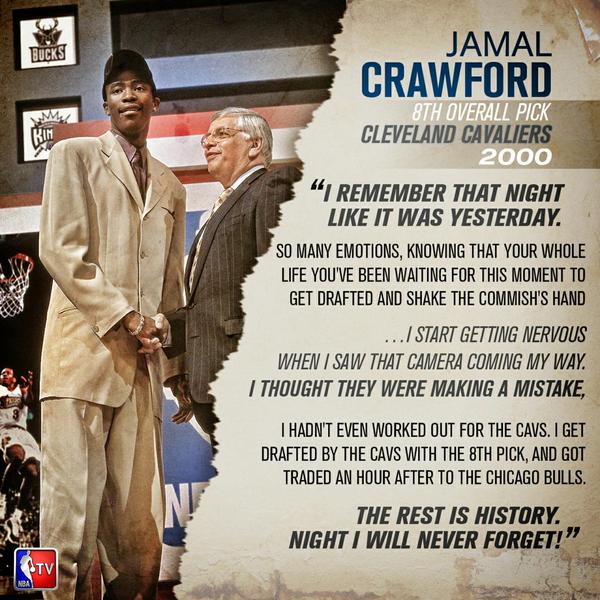