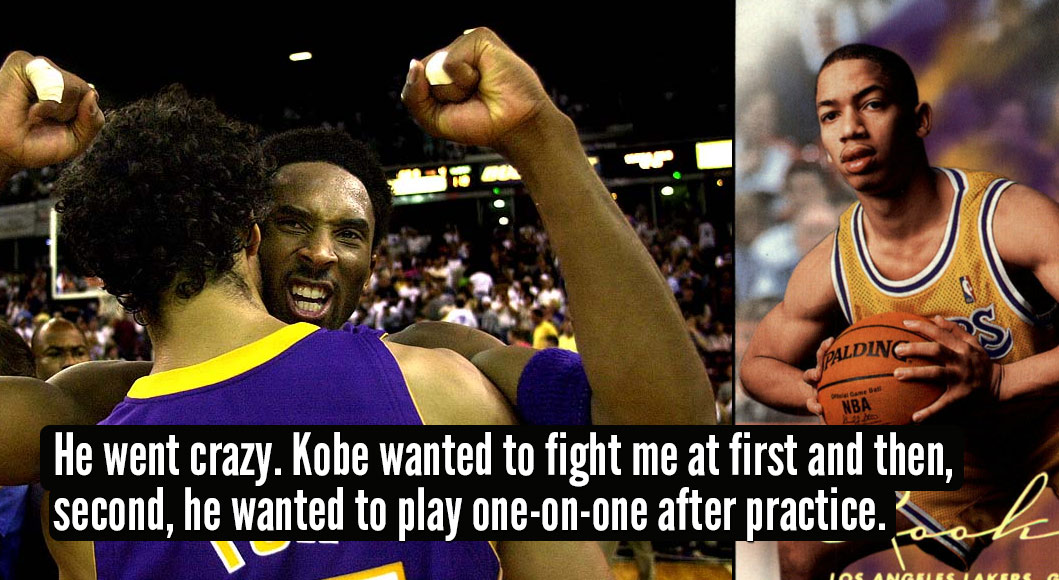 Last month we were treated to an amusing story by former Laker Samaki Walker about him getting sucker punched by Kobe over a $100. This month, Cavs coach and former teammate of Walker and Kobe, Tyronn Lue, shared a story about the time he blocked Kobe’s dunk….hold up! I’m having a hard time believing 6’0 Tyronn Lue rejected a dunk by a young Kobe Bryant! Anyways, so Lue supposedly blocked a dunk by Kobe, which pissed off Bryant so much that he wanted to fight Lue  and then play him 1-on-1!

Some might take stories like this one, and the one from Walker, and Kwame Brown, Smush Parker, one of many by Shaq or…you get the point, and think Kobe was an awful teammate, but Lue also had some nice things to say about Kobe and what makes him such a great teammate – besides the fact that he increased your chances of winning a championship.

“You talk to Kobe when you get a chance, but you don’t want to wear your relationship out with him,” Lue said. “Whenever I see him, whenever I call him or need to talk to him, he’s always there. He always picks up and I know [Wednesday] he’ll come over probably give me a hug before the game and talk to me say congratulations … [It’s] such a great bond that I have with him, playing in L.A. for three years, winning two championships. It’s just a bond that can’t be broken.”