The NBA YouTube channel has finally given in and is now willing to not only show videos of LeBron getting dunked on but also say it in the title: Steven Adams Posterizes LeBron!  Yes, you read that correctly. They didn’t say “Steven Adams dunks against Cavs.” They put the Kings name in the title after the word “posterize.”

The only thing that would have made that title better is if they called Steven Adams “Super Fly” since he looks like Ron O’Neal’s main character from the (overrated) blaxploitation film ‘Super Fly.’ 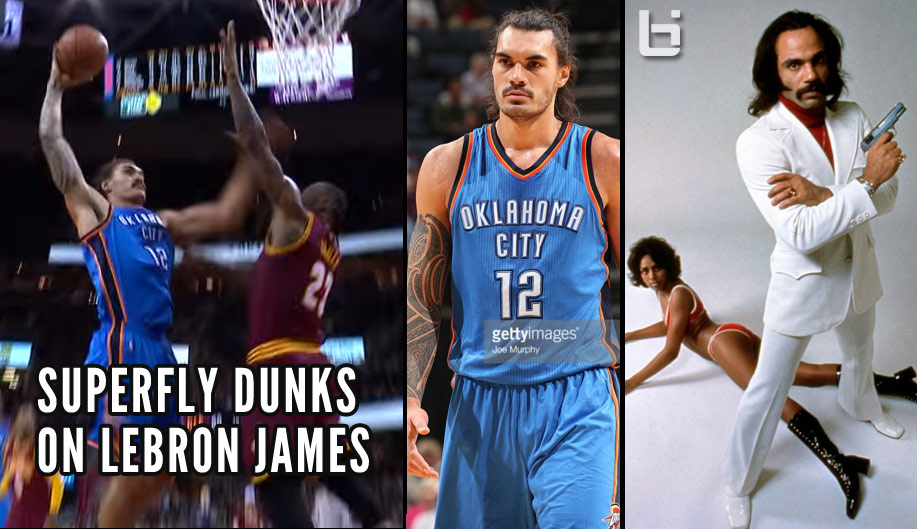 Steven can add this highlight to his dunking on legends resume which includes Tim Duncan.