“I didn’t kick [Dellavedova] at all,” Gibson said after a GM5 loss to the Cavs. “He just leg-locked me. It got chippy at the end, of course. They didn’t call a foul … I tried to pull my leg back. It looked like I kicked him from the way of the force I was pulling my leg out, but I have to deal with the consequences they ejected me. I have to deal with whatever the league has to say, but I didn’t kick him at all.”

Dellavedova, who did have Gibson’s leg in a figure four lock, didn’t have much to say about the incident after the game.

“I don’t really know. I was just trying to get up,” Dellavedova. “And then a bit of a push and shove.”

But LeBron and a few other of Delly’s teammates did.

LeBron: Taj elbows Delly in the back of the head and puts him to the ground. You know they kind of get tangled up a little bit and he kicks him.

LeBron: Anyone who starts something with Delly, seriously? Delly doesn’t bother anybody. He doesn’t even bother himself so how can he bother somebody else?

JR Smith: It was a dirty play. Delly plays hard; he’s not going to try to hurt anybody. But that was a dirty play. I know a little thing about dirty plays, so, it was a bad play. [The referees] made the right decision [to eject Gibson] … There’s just certain things you just don’t do.

Whether he deserved to be kicked out of the game is debatable it was funny when the Cavs fans started chanting “kick him out” but not when a few idiot fans tossed objects at Gibson as he was escorted off the court.

“That’s what happens when you’re in Cleveland,” Gibson said. “[That’s the] second time in a row they threw stuff at us. It’s classless, but we’re here to play basketball. I can’t focus on that kind of stuff.” 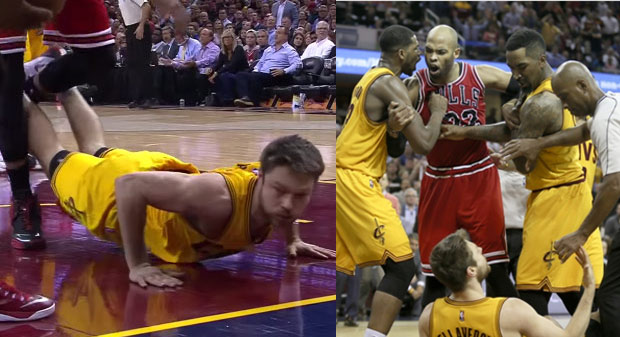 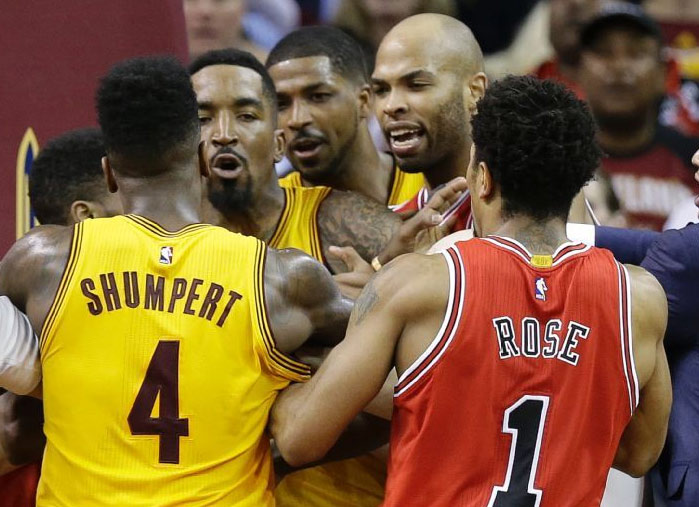