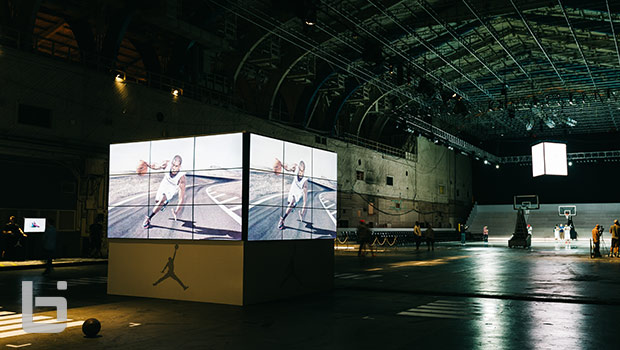 Myself and D$ were invited on 11.7.2014 to be among the first ever to lay eyes outside of the Jordan team on the new Jordan Hangar in Los Angeles, Ca. This is supposed to be the West Coast version of Terminal 23 in NYC. I didn’t really know what to expect as I have not been to Terminal 23. 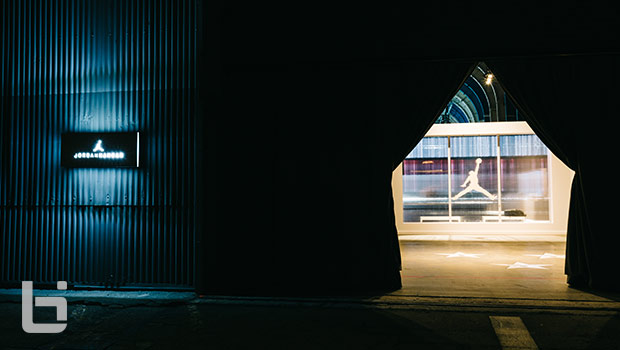 The spot is definitely in some great company as it is across the street from YouTube’s Hangar. Walking up we were greeted with a red carpet type affair. The cool thing about the facility is that they used some elements from the LA area to spice things up in the entrance. They took the idea of the hollywood walk of fame and inserted stars as you walk in, the first of course being none other than Michael Jordan followed by Blake and CP3. 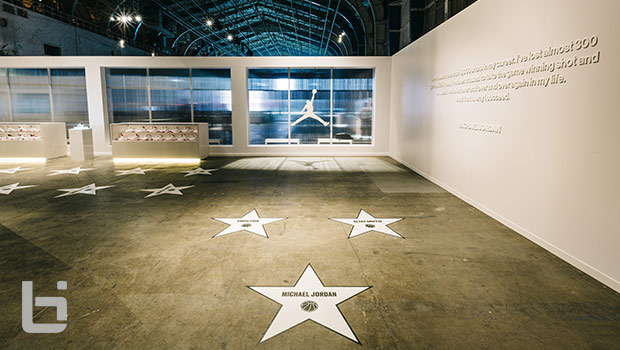 To the right of the stars is my favorite MJ quote of all time. It’s the quote about him missing over 9000 shots in his career and ends with him saying “I have failed over and over and over in my life. And that is why, I succeed”. Growing up with MJ like I did, this wasn’t really just a narrative from a commercial to me, it was something to live by and I can appreciate it being the first thing you read when coming inside the hangar. 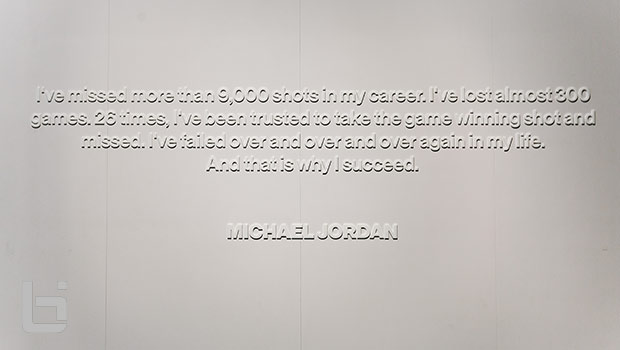 After you get some motivation you get to see some shoes you will never get to have……The white/red combos made specifically for Jordan timeline release cases like below. 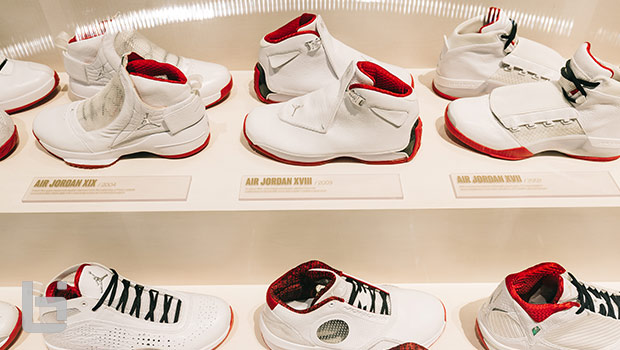 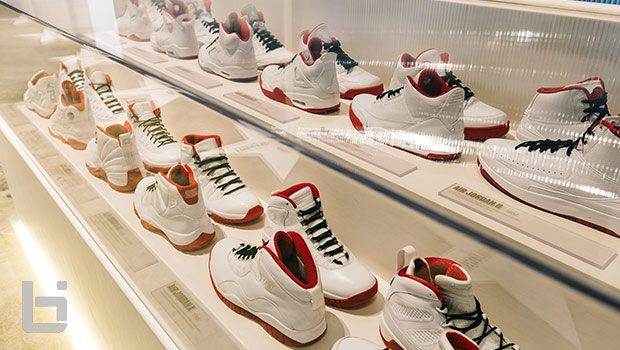 Jordan teamed up with a local artist to create a wall of accomplishments. This was probably my favorite feature of the entrance walk way. The detail was dope along with the characters and icons that repped the G.O.A.T’s high points of his career such as the blind folded MJ with the quote “welcome to the NBA” to represent him sinking an eyes closed FT in front of Dikembe. 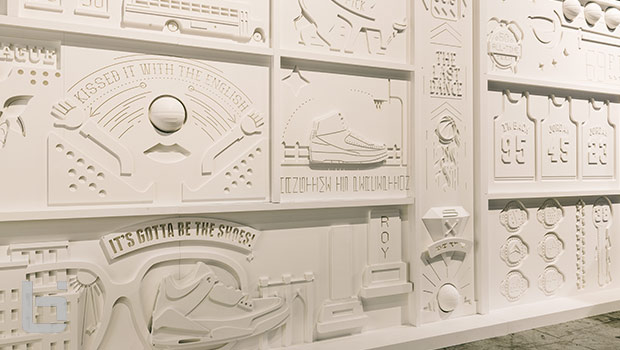 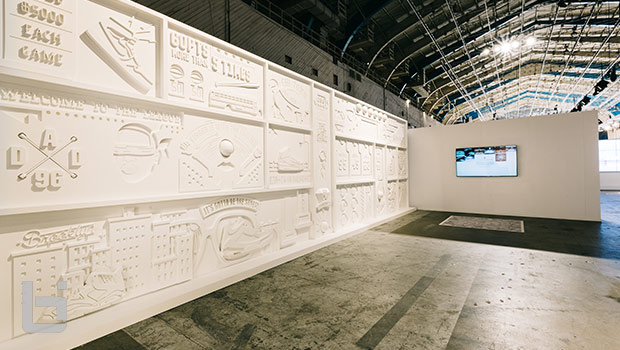 After the initial entrance tour, we headed over to some product displays and eventually to our locker where the brand hooked us up with some new CP’s and gear to hoop in. 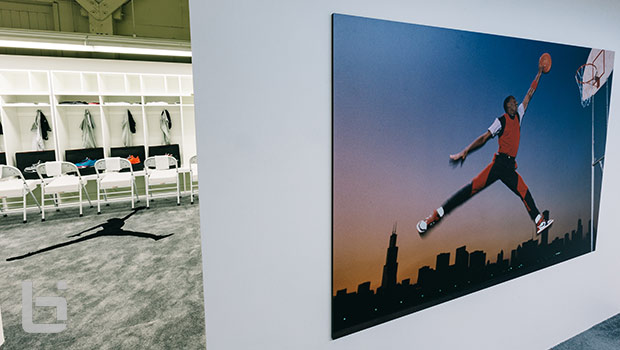 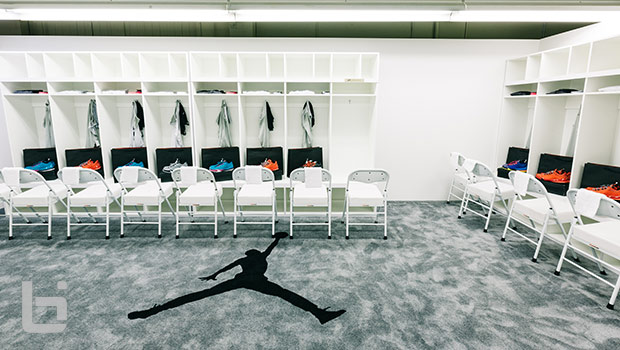 The court was……sick! Walking up to it is a landing strip with “#takeflight” just before you reach the court. Above the court is a jumbotron scoreboard with what seemed to be about 1000 person seating surrounding the court. Also above the court is concert lighting so you know Jordan will be doing some pretty exciting events in the near future here. Overall, we had a great time and are quite happy a spot like this was created for the LA enthusiast. Jordan has been doing some pretty innovative things as of late. I’m looking forward to lobbying for the 2015 #ballislifeallamerican game to be here…you should too! 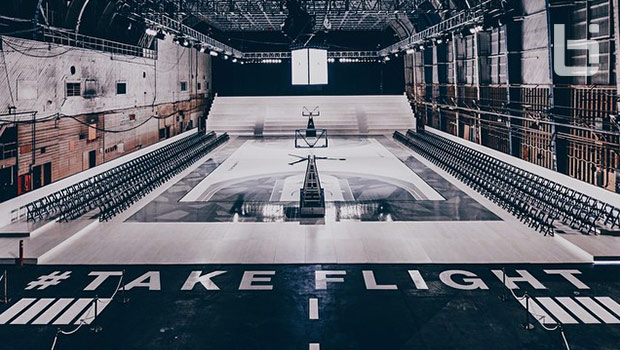