During a break from the Kevin Love Show/Cavs 3-Point exhibition on Wednesday, a few Cavs fans were asked what they are most thankful for. The first good ole boy said he was thankful for “all the food he fixin to eat.” The next two fans/kids said “J.R. Smith” and then took their shirts off. Then the Cavs mascot, Moondog, took his shirt off. I’m sure you are seeing the trend here. The fourth and final fan was a female and from the look on Smith’s face and Moondog’s hands, you can guess what they were hoping she would say and do. 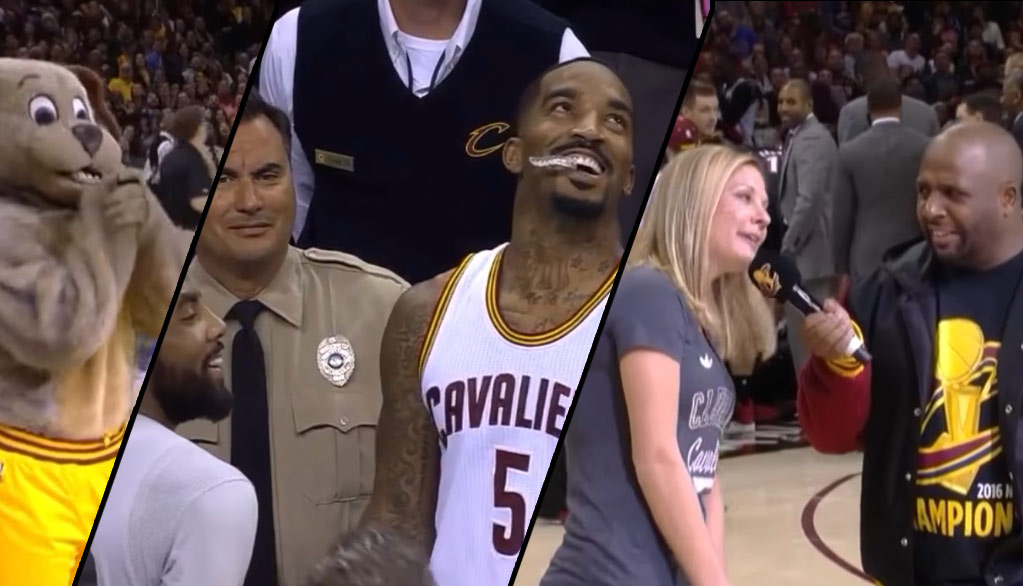