With a little more than 3 minutes left in the Grizzlies victory over the Blazers in GM2, Secretary of De-Fense Tony Allen made a great loose ball save that was so appreciated by his mobbing teammates that they forgot he was supposed to be on the other end of the court playing.  Thankfully Vince Carter was there to pull his teammates off of Allen.

As for stats that appear in the boxscore, Allen had 4 points, 9 rebounds, 1 steal and a team-high 3 blocks in 36 minutes.

We also did an interview with Allen before the season ended about playing defense against the elite scorers in the game and how he transformed his game from a “just another scorer” in the league to one of the most respected defensive players of the past decade.  Look for the interview soon. 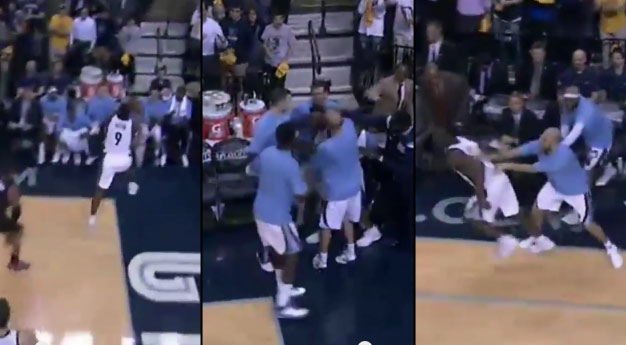