The 8th Annual Ballislife All-American Game presented by Eastbay is set to take place May 5 at Cerritos College (Calif.). Many of the nation’s top seniors are scheduled to participate in the event held at  The Aviary, Cerritos College’s Falcon Gymnasium.

There will be a FREE live stream of the game on Facebook Live, DailyMotion.com, YouTube.com and Twitter.com. The 3pt Contest and Dunk Contest will be stream exclusively on Youtube.com. The Ballislife All-American Game will also be replayed on Spectrum SportsNet (Lakers Channel) the week following the game. Check local listings for air times.

Another headliner in this year’s game will join Akinjo at Georgetown – high-scoring guard Mac McClung. One of the most viral players in the country, known best for his high-flying dunks, McClung led Gate City (Va.) to the Virginia High School League Division 2 state title and broke the VHSL single-season scoring record of NBA Hall of Famer Allen Iverson (948 points), as well as the career scoring mark. McClung finished his senior season with 1,153 points (38.4 ppg), and 2,801 for his career. 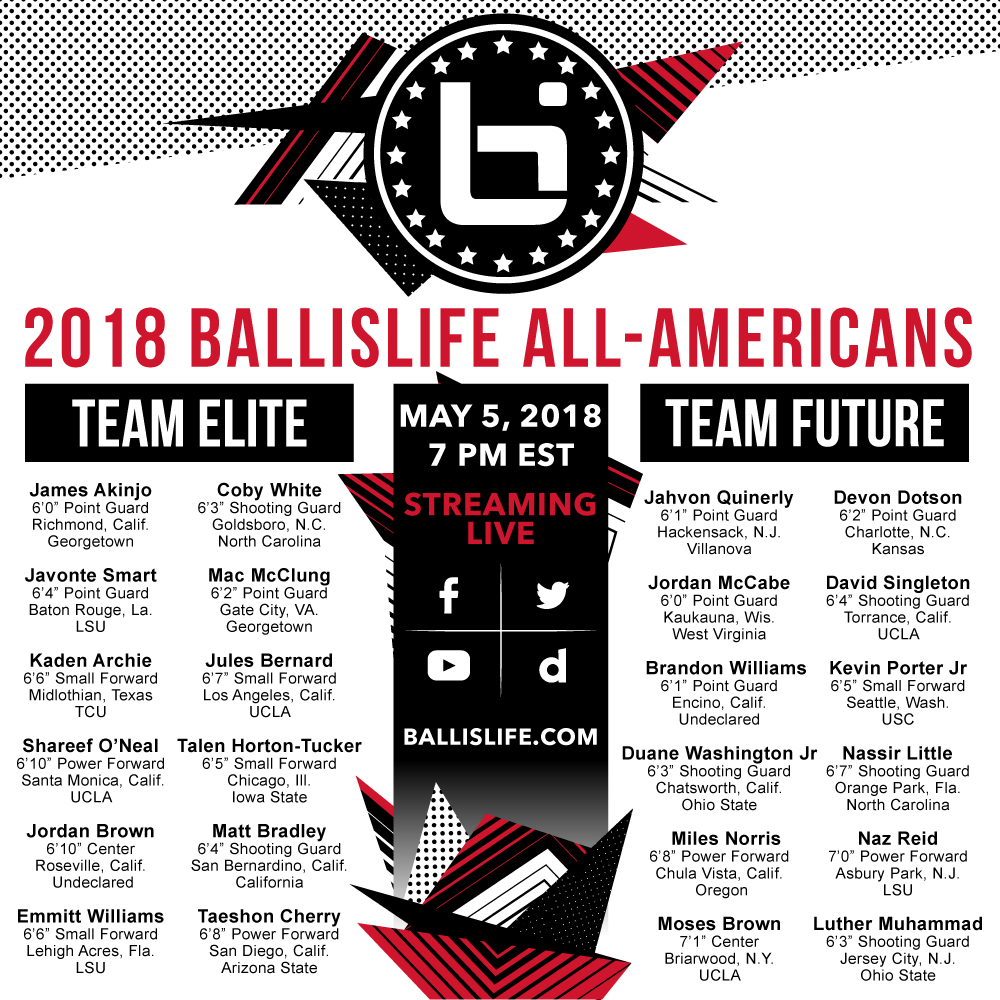 As the world’s leading supplier of athletic shoes, clothing, and sports equipment, our goal at the Eastbay Blog is to provide you with an in-depth look at the latest news and the hottest new releases. We’ll give you sneak peeks of upcoming products and provide you with in-depth product reviews, valuable sneaker advice, and informative details regarding sneaker culture and history. We hope that by providing this info, you’ll gain valuable knowledge that will help you make the most well-informed buys possible.