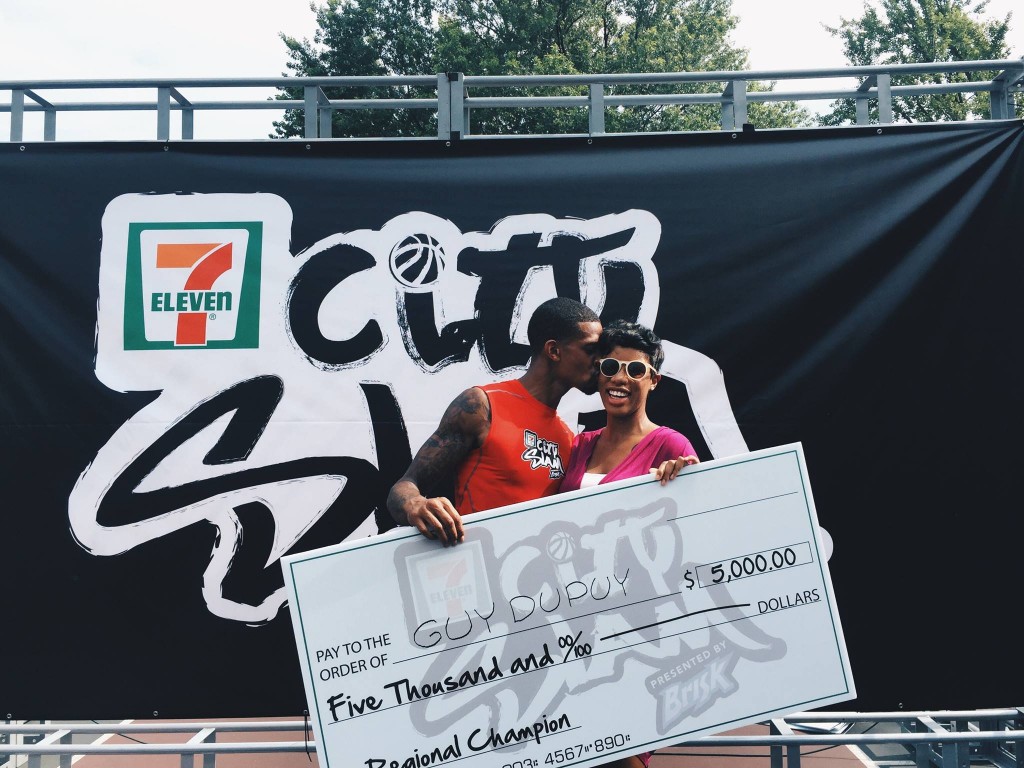 With the annual Sprite Slam Dunk Showdown summer tour missing in action, the original awesome summer dunk contest for pro dunkers returned for a 2nd year after a long hiatus in Washington DC this past weekend.  The contest featured Showdown All-Stars like Myree “Reemix” Bowden (who did a sick windmill while wearing a Ballislife backpack) and regional Showdown winners & YouTube sensations Guy Dupuy, Golden Child and Michael Purdie.

The Wizards Bradley Beal, Colts Vontae Davis & TFB owner Charles Millan judged the event which was won by Guy Dupuy – the high flying French dunker who once again put Blake Griffin’s car dunk to shame by pulling off a between the legs dunk over a (convertible) car.

One of the my favorite dunk “rivalry” stories of the past 6 years has been between Guy Dupuy and Reemix.  It all started back in 2009 on the Showdown tour in San Francisco when the two faced off.  Guy came out victorious but Reemix joined the tour as a judge the following summer.  2 years later, Reemix put on what I consider one of the top 5 best dunk exhibitions ever in New York then the following year Guy Dupuy came to New York and put on an equally impressive show.  Then last summer Reemix declined to be a judge so he could compete and ended up winning his regional so he could go back to New York to compete in the Finals against the other regional winners which included Dupuy.  After some (typical) nonsense by the Showdown judges, Reemix was crowned the 2015 Showdown Champion.

Dupuy got payback and a $5k payday this weekend when he beat Reemix and was crowned the 2015 City Slam DC champion.