Lance Stephenson and LeBron were both spectacular last night.  Lance was hitting circus shots and buzzer beaters on his way to a playoff career-high of 25 points and LeBron scored 12 of his 22 points during the final quarter to help the Heat pull off a 4 point win. BUT….the two leading scorers for their teams also did some sad but hilarious flopping that not only reminded many of what bothers them about the two players but also some pretty good moments in TV & Film.

The best flop of the night came courtesy of Lance in the 3rd when he collided with LeBron and acted like he was dead for a split second.

before taking a peek…. 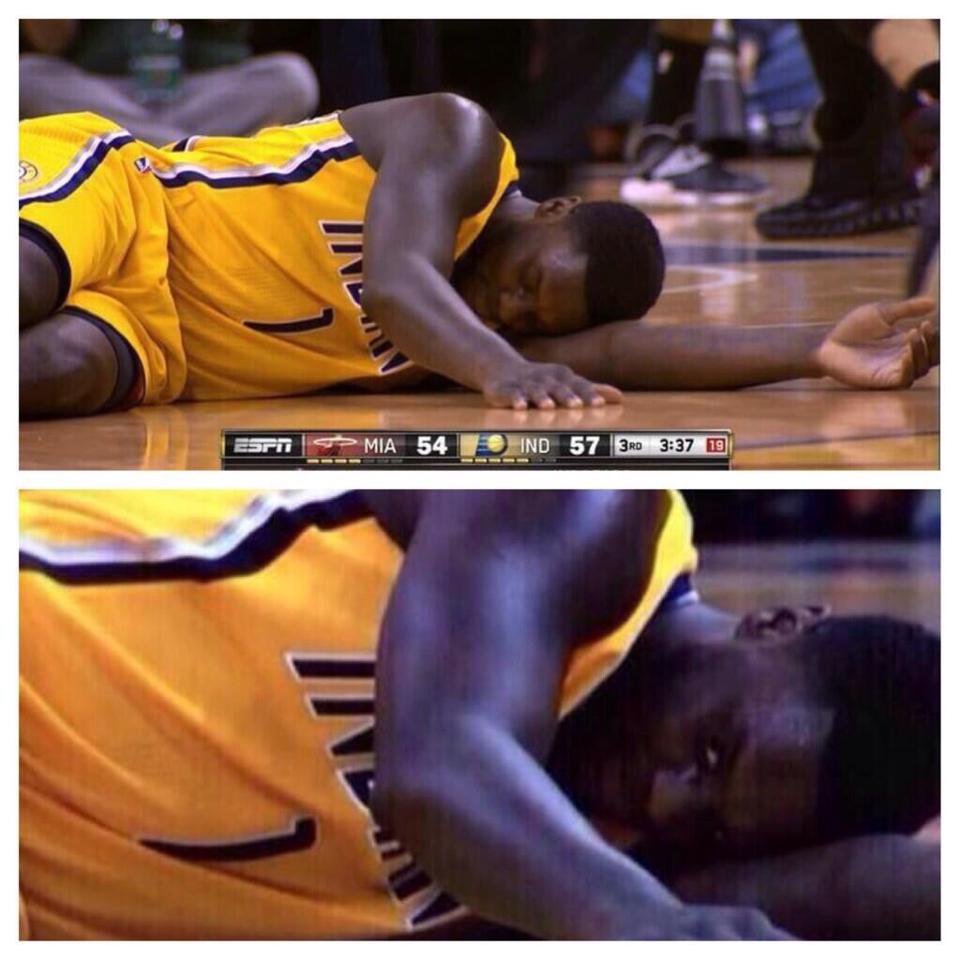 The first thing I thought about when I saw Lance on the ground taking a quick peek was Kevin Hart’s grandmother would be proud (go to the 4 minute mark to see why).

That wasn’t Lance’s only trip to the floor.  Down by 4 with 8 seconds left, Lance collided with Dwyane Wade at half-court and went down again, laying on the floor as if he was dead, only to jump up and get the ball back to attempt a near half-court 3-point shot.

LeBron also had his shot at acting like he was shot after a David West foul in the 4th.

LeBron’s acting was so good that it looked like he and Norris Cole  ( 37 second mark) were reenacting a scene from Boyz N The Hood.

It will be interesting to see if the NBA awards Lance (maybe) or LeBron (no chance) a fine for their fine acting.