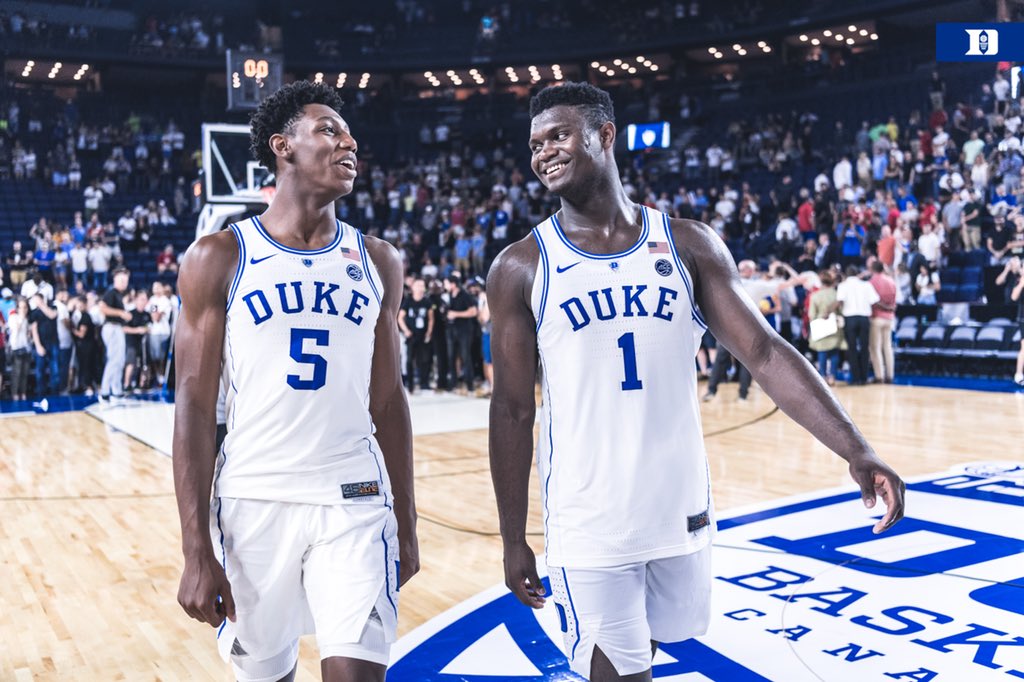 Unless you are playing the Golden State Warriors (at full health), if you put up big numbers in a boxscore, someone, somewhere, is going to say you ONLY scored X amount of points because of “weak competition.” If you are talking about LaVar’s JBA league then you are absolutely correct. If you are talking about college basketball, then you might be correct but I’m not going to disrespect the talent and say they can’t do this against “real competition.”

For the past week, we watched Duke freshmen R.J. Barrett and Zion Williamson (two guys we have been watching dominate high school basketball for years) fill up the stat sheets and dominate social media timelines with highlights of them dominating teams during their Canada tour — the most attended 3-game foreign tour in NCAA history.

How dominant were they?

The Batman and Batman combo even had Dwyane Wade as excited as Jimmy “WELL DAMN!” Butler looking at social media pics.

Those @DukeMBB boys tho ???. I can’t wait to watch them play all season. My son will be watching @RjBarrett6 very closely all year.

If you missed any of the highlights, here’s every one of those “OH SHIT” moments.

VS UNIV OF TORONTO

Sights and sounds from the #DukeCanadaTour win over Toronto ??????? pic.twitter.com/Qsp2UK3LsR

Our guy @RjBarrett6 showing off for the ?? fans at McGill!

There goes that man @ZionW32! He floats.