The Blazers snapped a 3-game losing streak with an OT win over John Wall and the Wizards on Tuesday.

“Coming off three losses in a row, this was a must-have,” Said Lillard, who continued his All-Star revenge tour with a game-high 41 points and 11 assists. “We had to have this one.”

Wall led the way for Washington with 2o points, 11 assists and clutch 3 near the end of regulation.

Since the all-star break, here’s what Dame has done against a few All-Stars

It seems like we are talking about another franchise milestone for Lillard after every game and after last night, it was a league milestone we were celebrating: Lillard now has 1,500 points and 400 assists in each of his first four seasons. Only LeBron James and  Oscar Robertson have that on their resumes. Hmmm, I wonder if that accomplishment will impress The Big O. 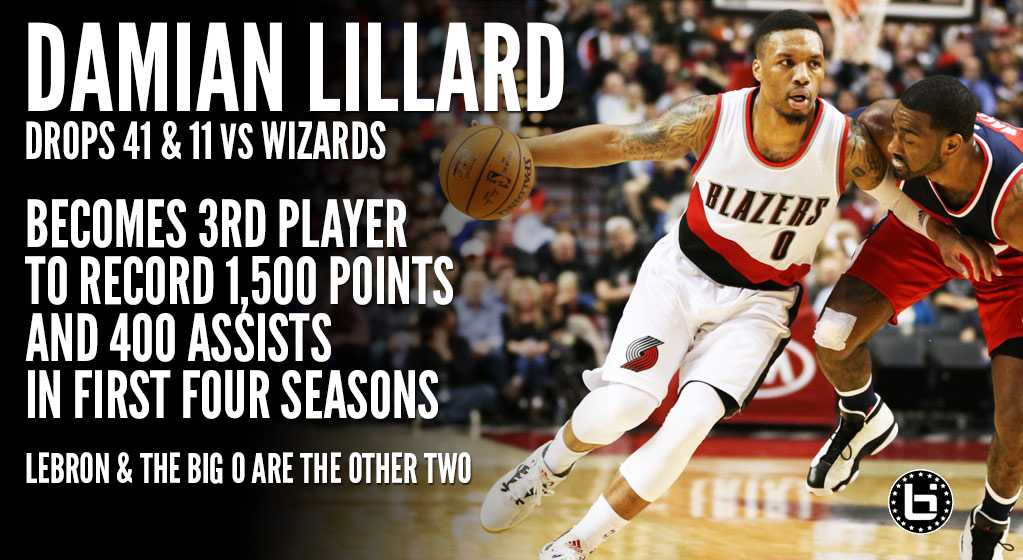