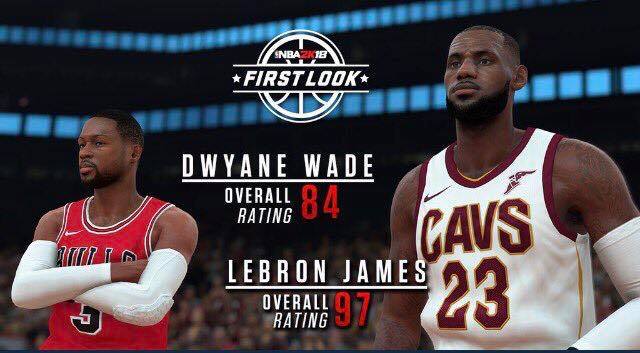 Dwyane Wade thought his NBA2K18 rating of 84 was too low (for reference, Bradley Beal is 87 and D’Angelo Russell is 80) and the majority of the internet complained that LeBron should have been higher than 97, even though it’s the highest in the game and two more than Kawhi Leonard and one more than Kevin Durant.

I think 97 is just fine for now and in honor of him having the highest rating in 2K18, I wanted to look back at the evolution of LeBron in video games, starting in 2004 when the game was known as ESPN NBA basketball and he was just a 78. If you think that’s low, he was a 69 in NBA Live!