Since I’m not the GM of the Phoenix Suns, there’s no guarantee they are going to take Deandre Ayton with the first pick in the 2018 NBA Draft. And if they do pick the player I have often compared to David Robinson (who was as athletic and skilled as his biceps were impressive), I’m not willing to call the combo of him and Devin Booker the “Next Shaq and Kobe” like some have…even though Kobe and Booker are 6’6″ shooting guards that were the youngest ever drafted when they were taken with the 13th pick and both had Dads in the NBA and wore Kobe shoes.

Anyways, what I am willing to say is Ayton will be the best center the franchise has had since Shaq in 2008 and 2009. I still think Steve Kerr made a mistake trading four-time All-Star Shawn Marion away to acquire a past-his-prime Shaq, but, the 36-year-old center was still good for a near 20-point double-double on a nightly basis, did make the All-Star team (won co-MVP with Kobe) during one of his two seasons in Phoenix and occasionally showed flashes of brilliance — like when he scored 45 points against the Raptors and called Chris Bosh the “RuPaul of Big Men.”

In honor of Ayton, Shaq and the very, very short list of great Big Men in Phoenix, here’s my list of my favorite (not who I think are the “best”) centers to put on a jersey that Jason Kidd used to wear during his days of being a blonde.

But first, I’ll give a shout out to Alvan Adams. He played all 13 years of his career in Phoenix, won Rookie Of The Year, made an All-Star team, had his jersey retired and somehow never appeared in a highlight.

I’ve said enough about him above. The only thing I’ll add is he used to like to wrestle his teammates…naked…Brazilian style! And his introduction with the Jabbawockeez at the 2009 All-Star game was the best ever.

I know you probably consider the 6 x All-Star a power forward but I needed more dunks, highlights, and NBA accomplishments for this post.

With the Suns, Amar’e won Rookie Of The Year, made four All-NBA teams and murdered one of the worst No. 1 picks of all-time (1:50 mark of the following video).

Hell yes, Oliver makes my list. He’s mostly known for being one of the fattest players in NBA history (flirted with 400 late in his career) but he could move in Phoenix and put up some impressive all-around numbers in limited minutes. And when he wasn’t getting posterized by Scottie Pippen, he played really well against the Chicago Bulls in the 1993 NBA Finals. And he was just a rookie.

You might know him as an assistant coach or some other office job with the Suns. I remember him because of the way he dunked. He always seemed to barely hop off the ground and would just stretch his arm, dunk, and then hang on the rim for about a second. His arm was like an action figure that barely moved.

I also like him because he played on that Suns team that went against Jordan’s Bulls. That team is probably one of the three best teams to never win a championship.

I’m not saying any names (it was me), but I once heard a person say Channing Frye looks like Tim Duncan with a three-point shot. Sounds insane, but the fantasy basketball tease had his share of moments that made people say irrational sugar rush things.

I might have said some of those things after I watched him knock down 9 threes against the Wolves or put up 32 and 14 against the Lakers in 2011.

Who? Llamas only played a total of 28 games in two seasons in the NBA but he was the first Mexican to play in the NBA! So, that’s enough to make my list. During those 28 games, he once put up four points and five fouls in nine minutes against Shaq.

The best Llamas story actually happened in Washington a few years later. During a 2002 comeback attempt with the Wizards, he hit a game-winning three off an assist from Michael Jordan during a practice scrimmage.  It was his Steve Kerr moment. 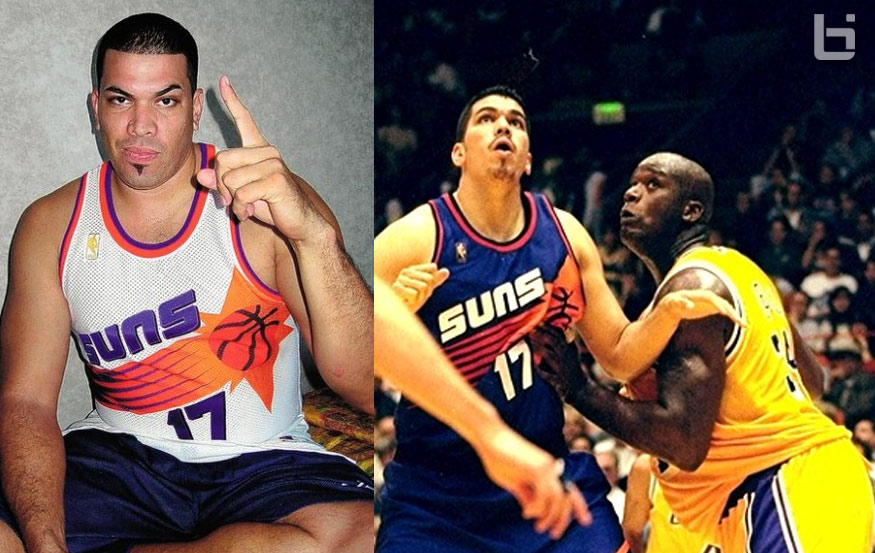