The Ghetto Games Kings of Air Dunk Contest went down yesterday and although I was hoping to see the masked pit bulls, low riders, Roy Jones, Superman and the dunkers getting lap dances (seriously) like last year, I can’t say I was disappointed. The Latvia hosted event remains the most entertaining dunk contest in the world and here’s a few reasons why!

The Hosts Coming Out on Horses 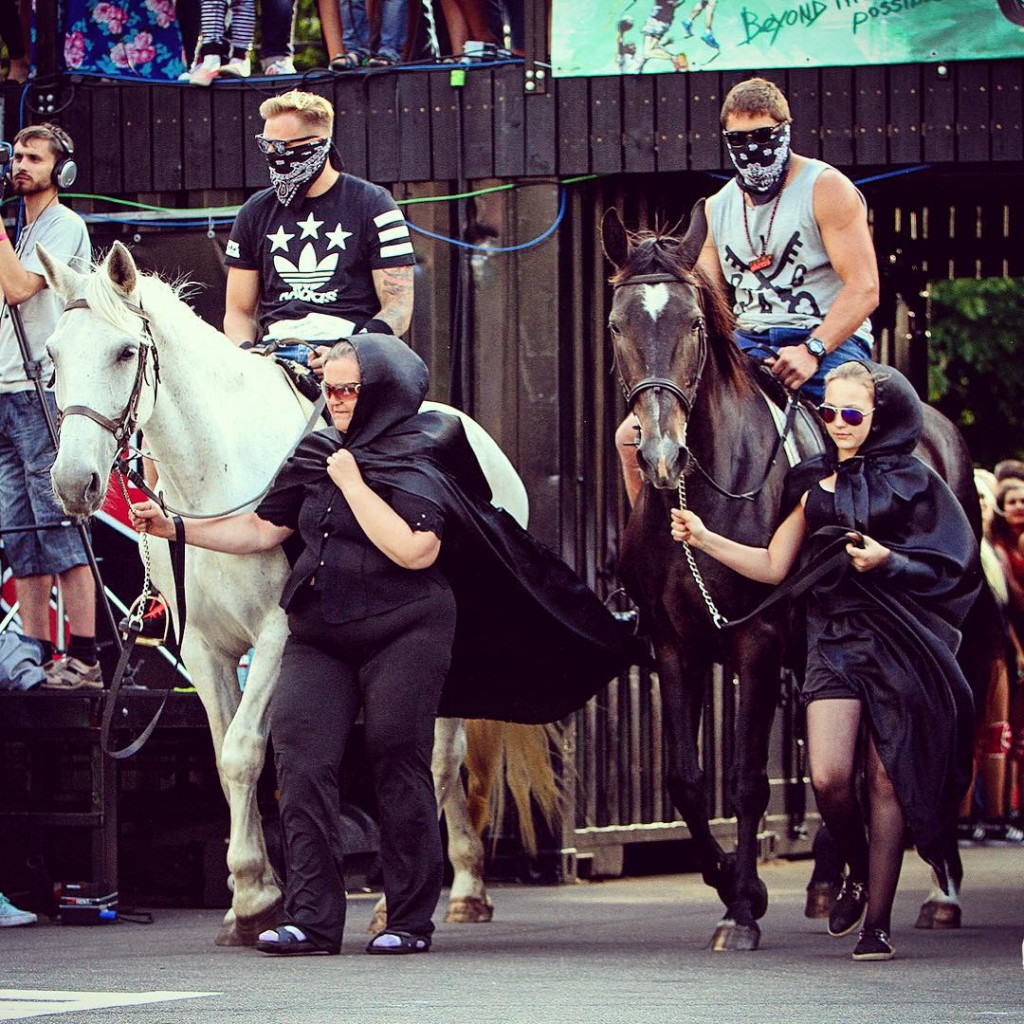 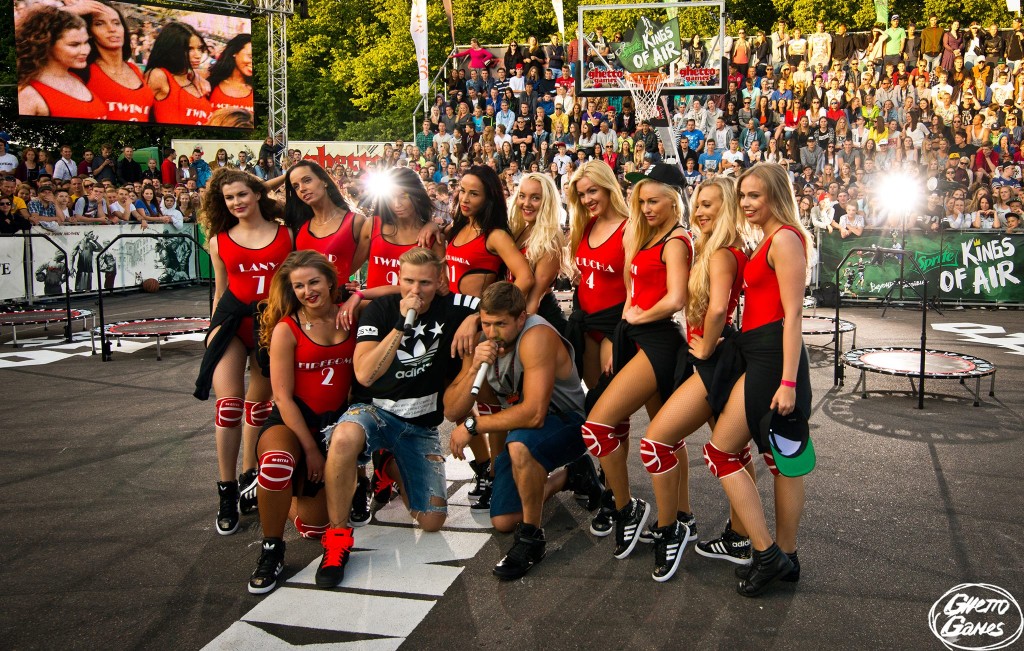 The Dunkers Coming Out on Custom Bikes

This was a little more PETA friendly than the Bane looking Pit bulls. 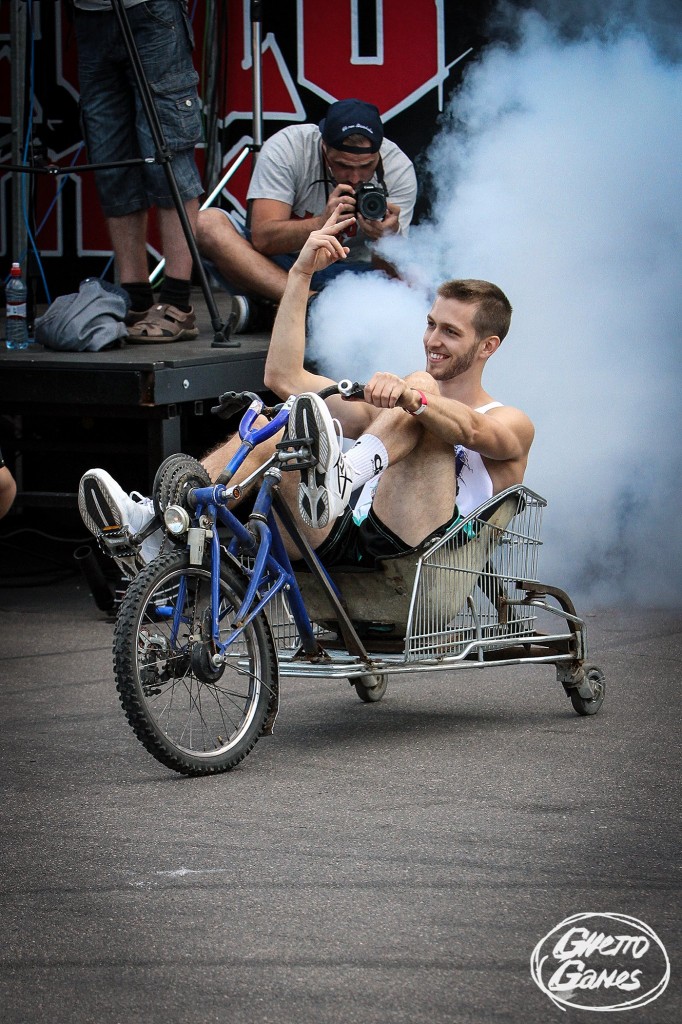 A Slap the Backboard Competition

Remember when Dwight Howard slapped a sticker of his face on the backboard during his first NBA dunk contest.  Most of these guys are 4-6 inches shorter than Dwight and jumped as high or higher than Howard. 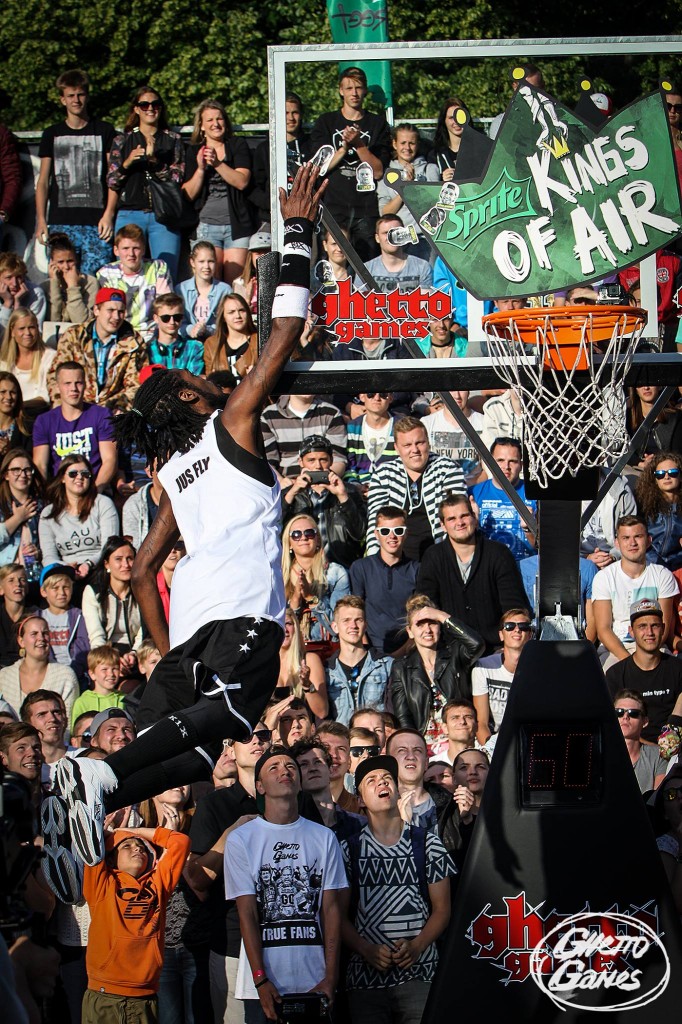 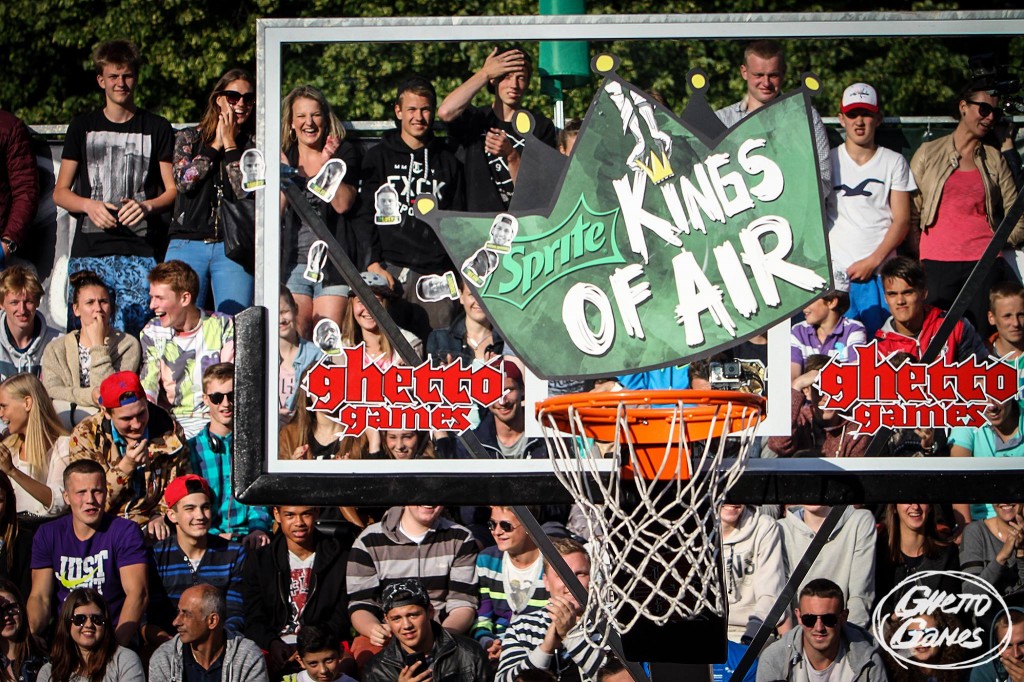 An Appearance By The Lords of Gravity 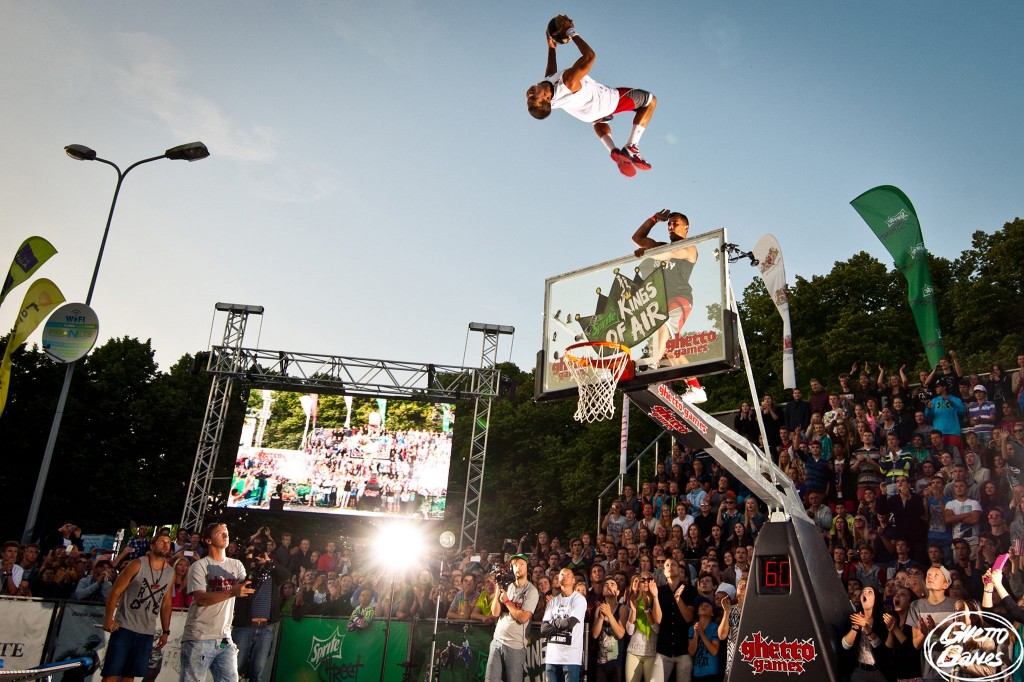 But this is a dunk Spud could only dream about pulling off. 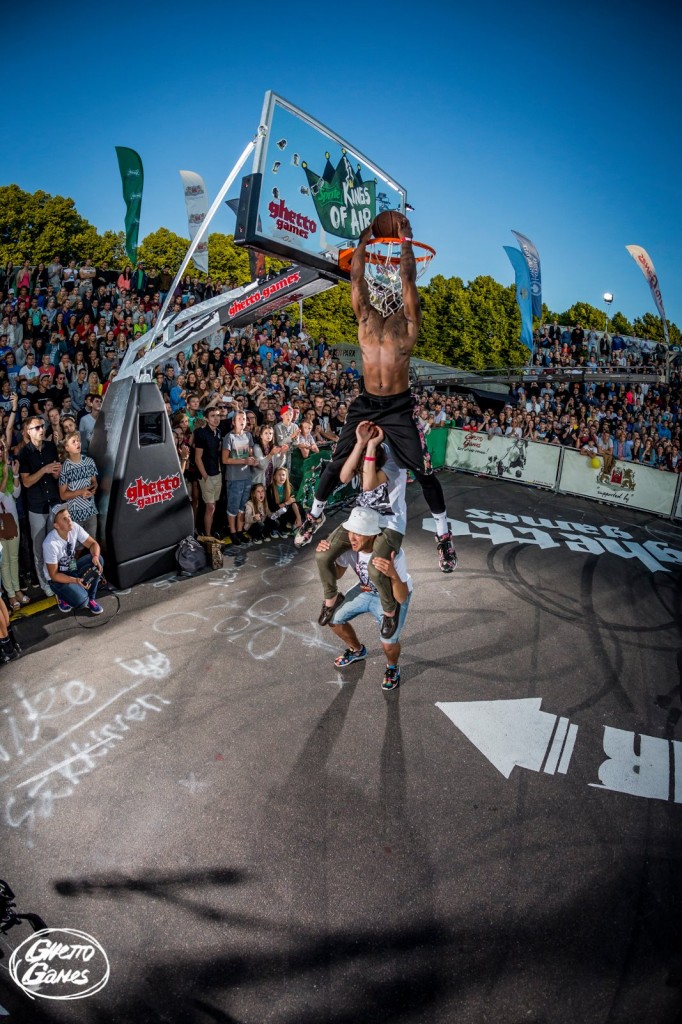 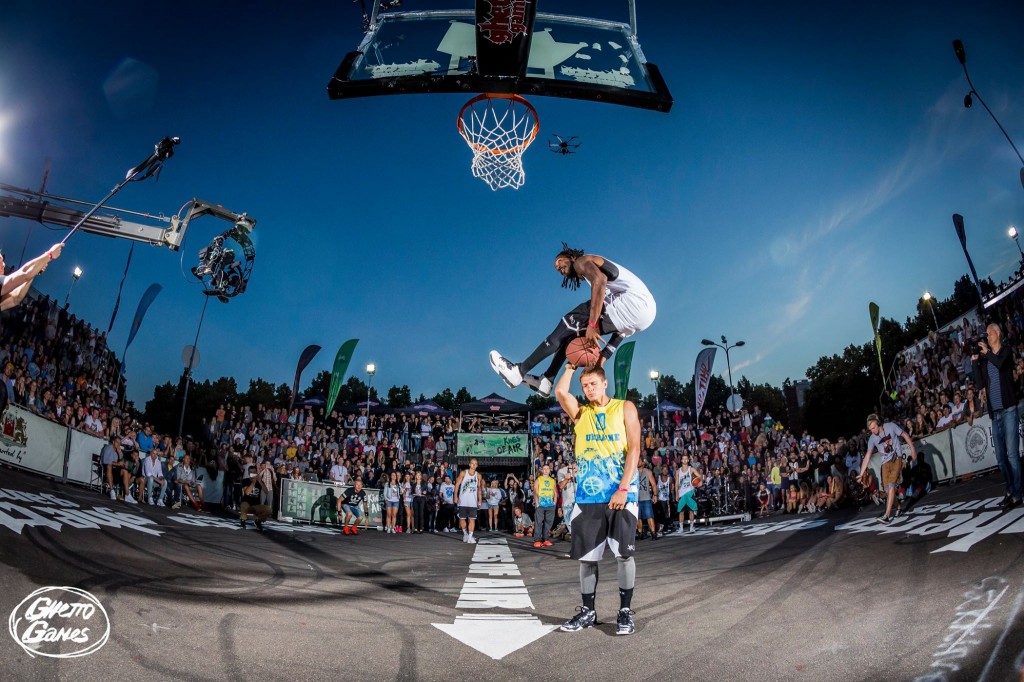 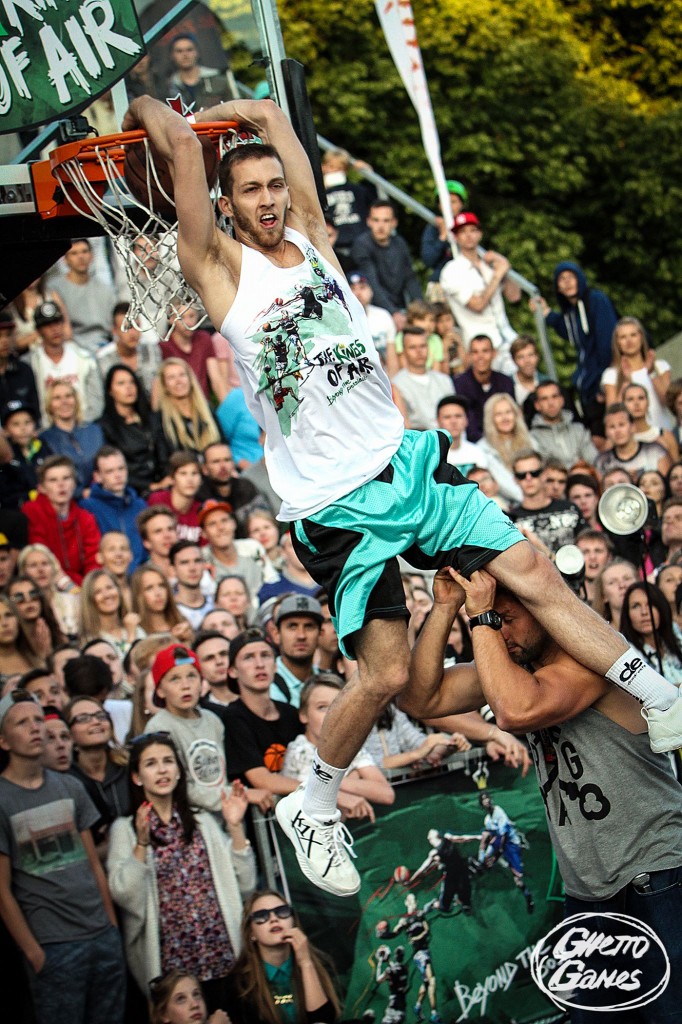 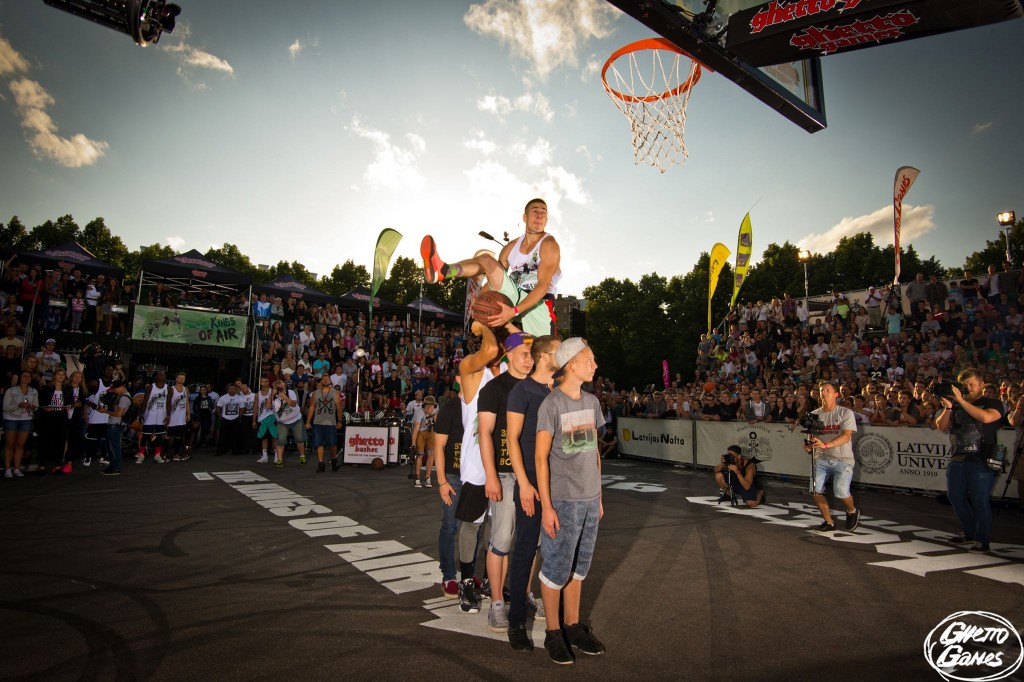 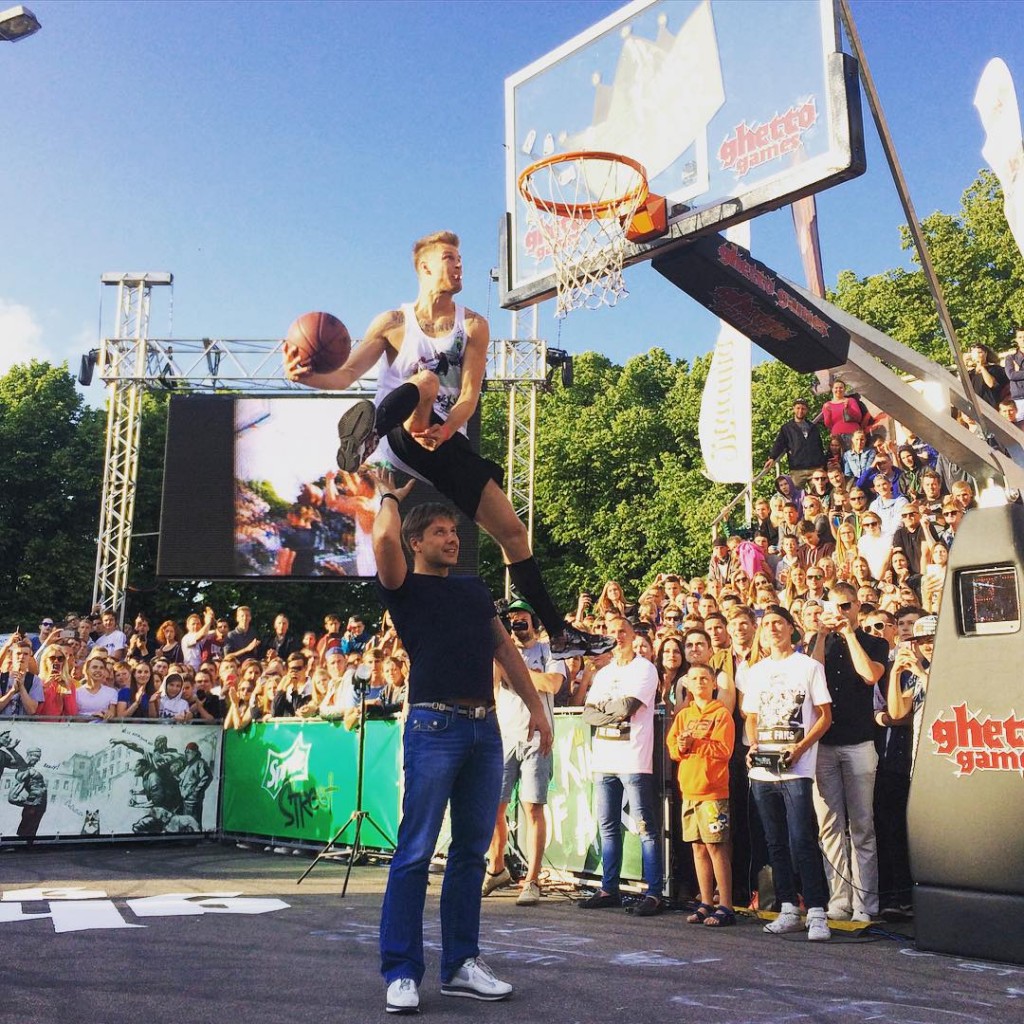 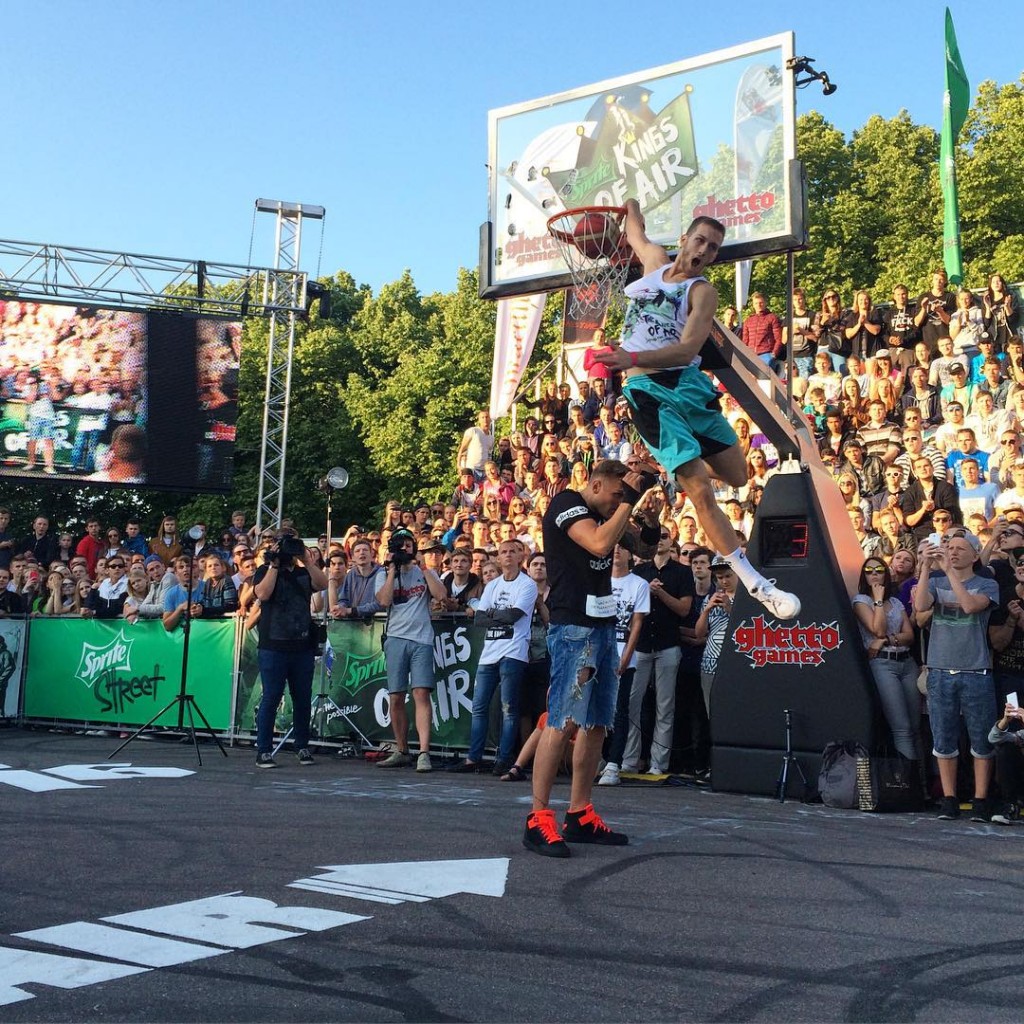 A Dunk Over a Motorcycle 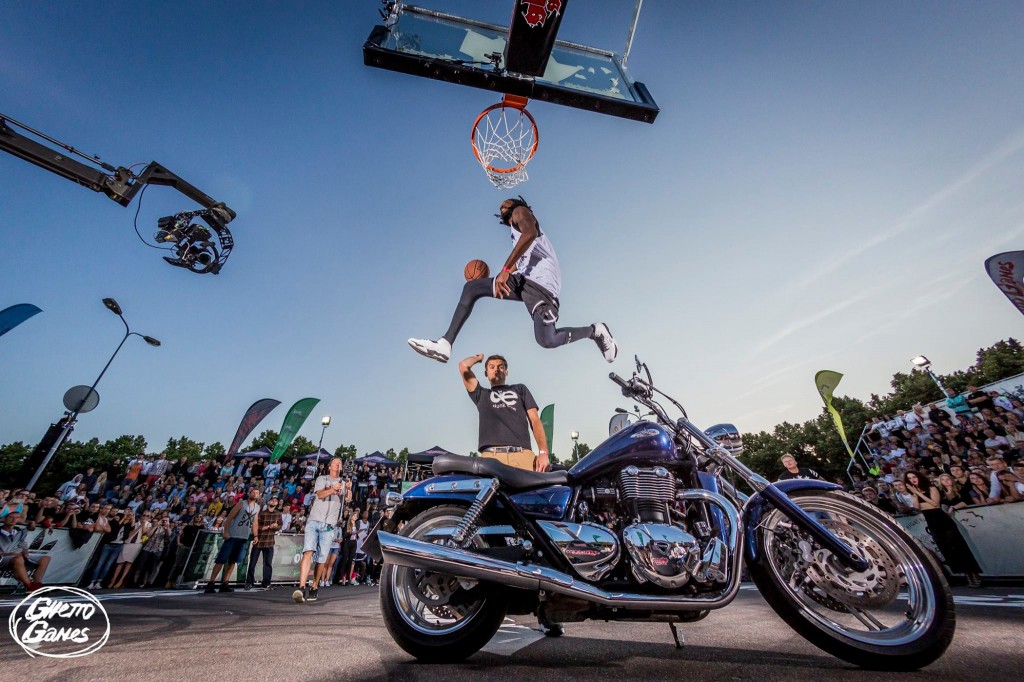 A Crazier Reverse Dunk Over a Car

If only Blake Griffin would have jumped over Baron Davis like this. 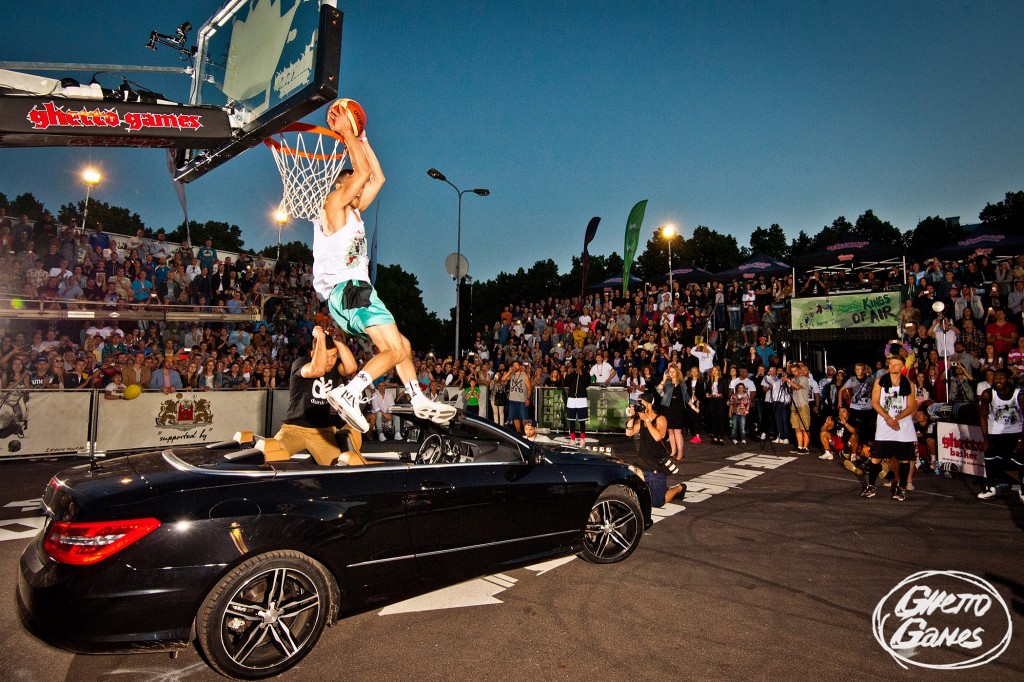 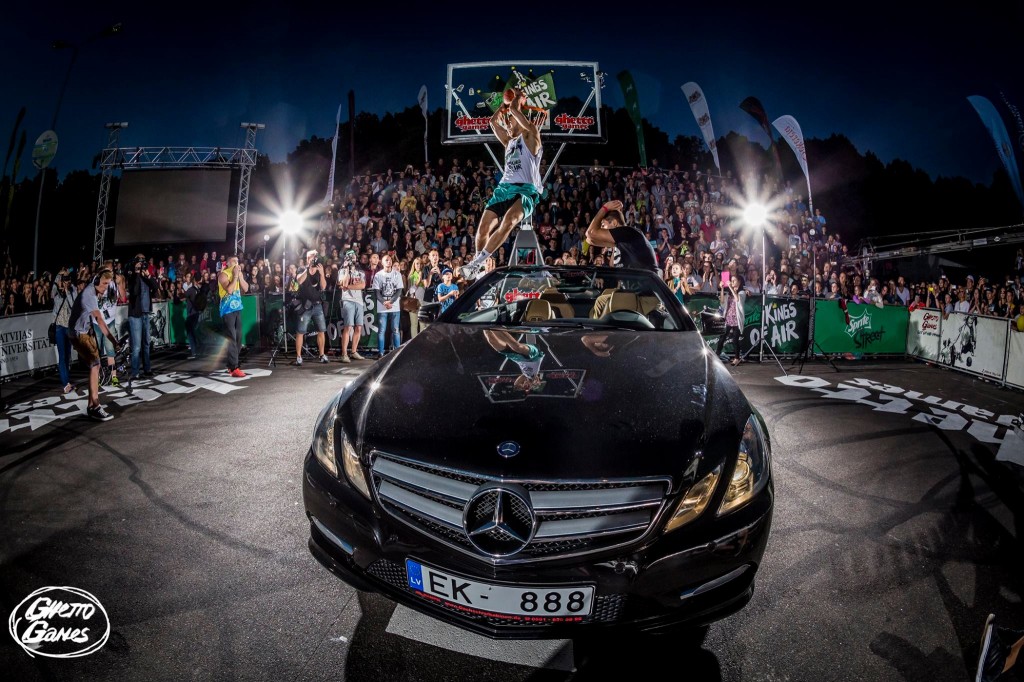 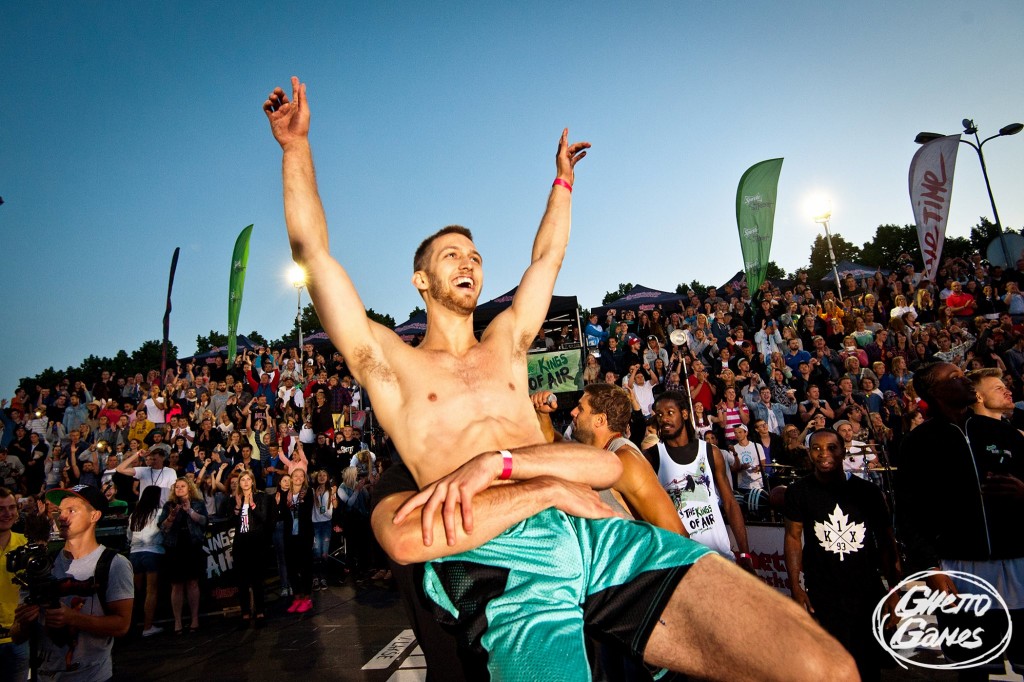 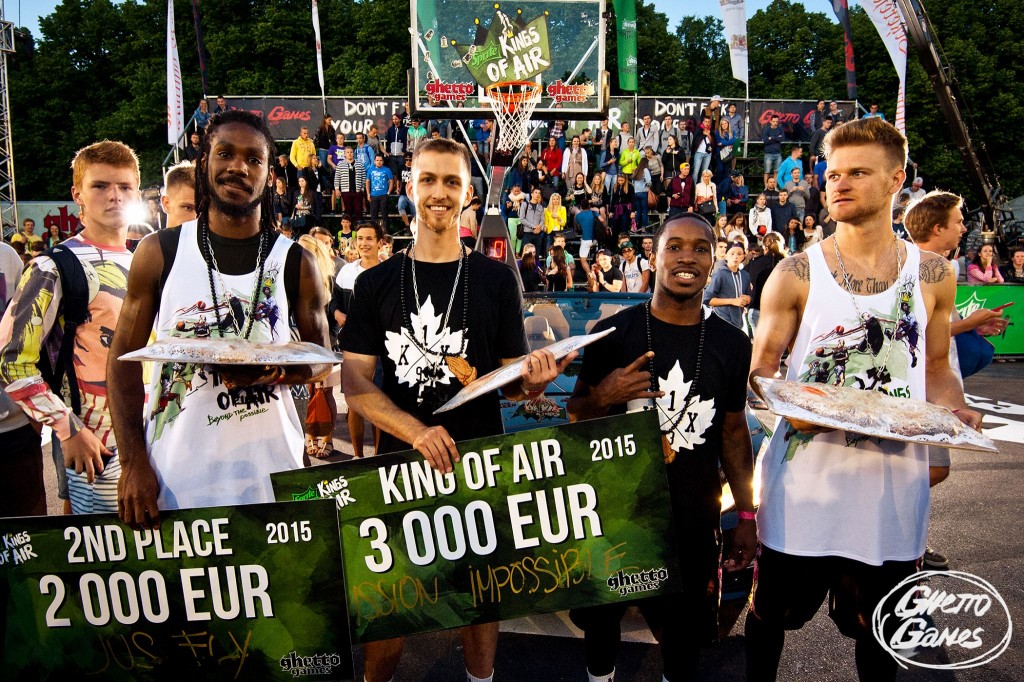 And a Michael Jackson Impersonator…. 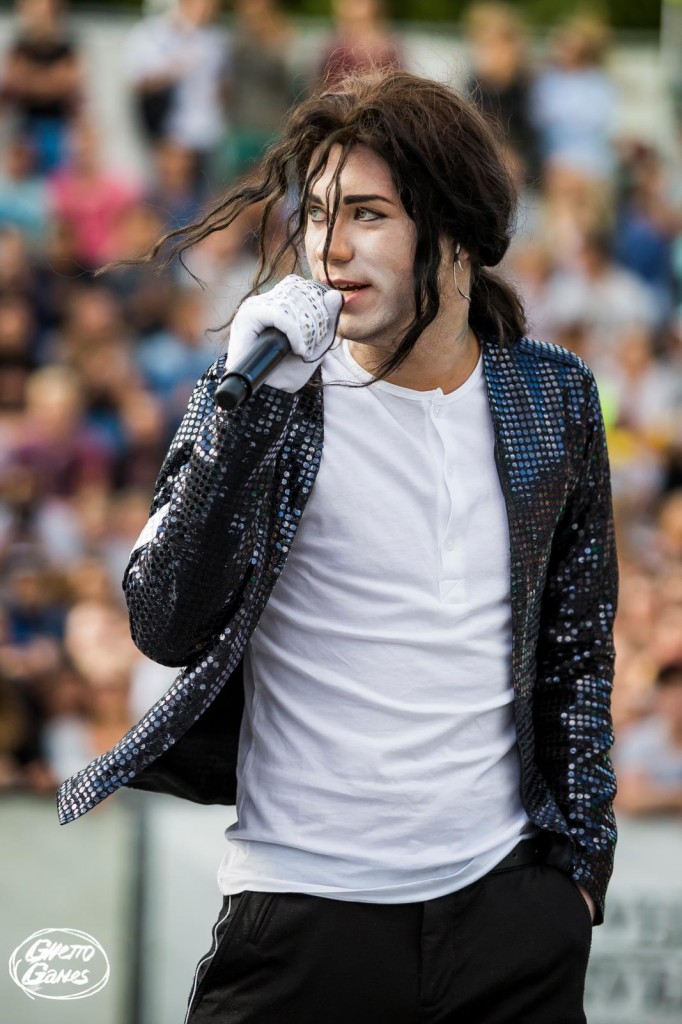 What  More Could You Possibly Ask For?

Yeah, i’m not sure what’s going on here. 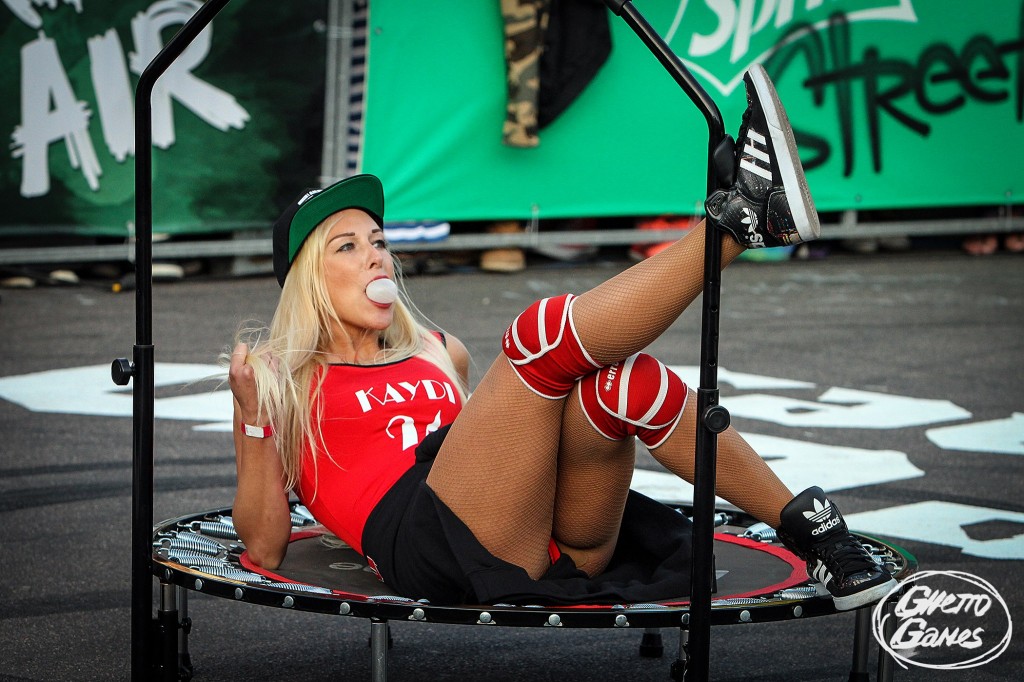 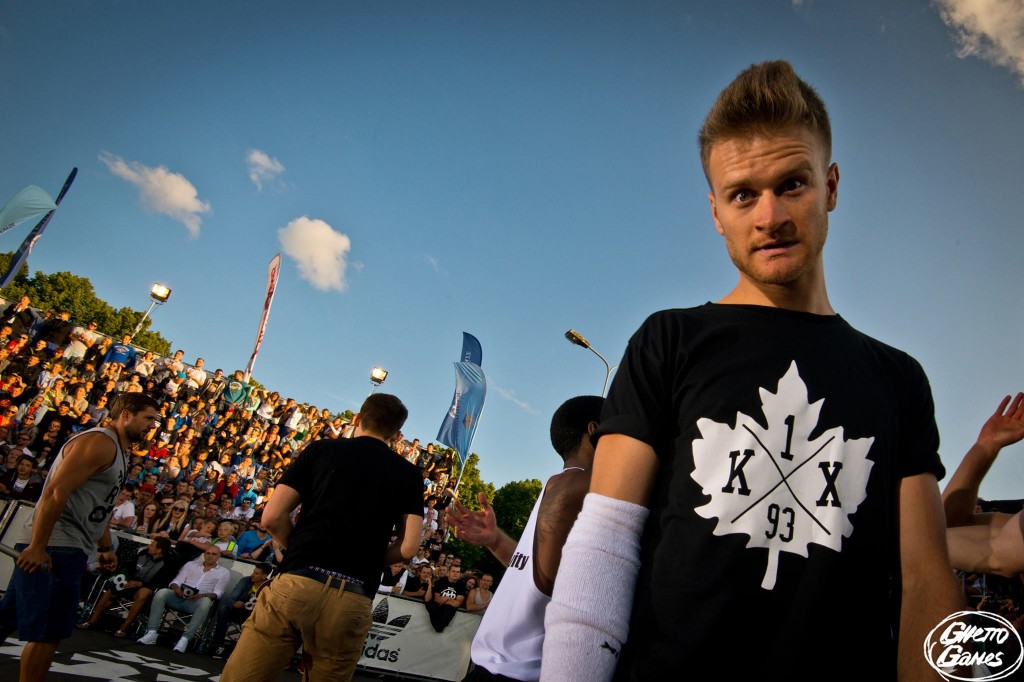