Last night’s windmill against the Blazers was the first dunk this week by a dunk contest participant that I think actually represents the dunker.  Giannis will get the lowest score in the contest if he did this dunk but it is worthy enough to be a called a “warm-up dunk.”

As for this oop?  NO, that’s just a standard game dunk for the Freak who I think will surprise some in the event.

Speaking of the actual game, Giannis had a double-double of 10 & 10 with 3 steals and 1 block in just 33 minutes of the Bucks victory. 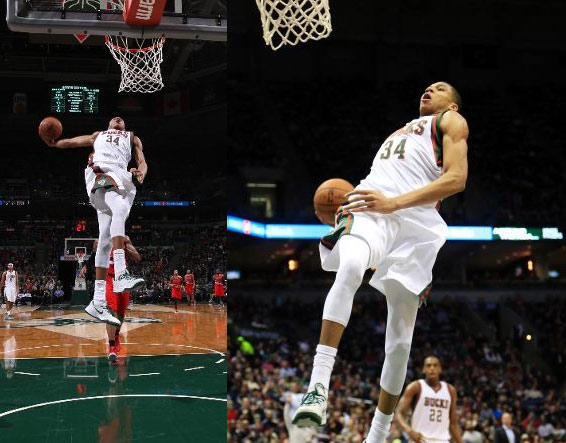