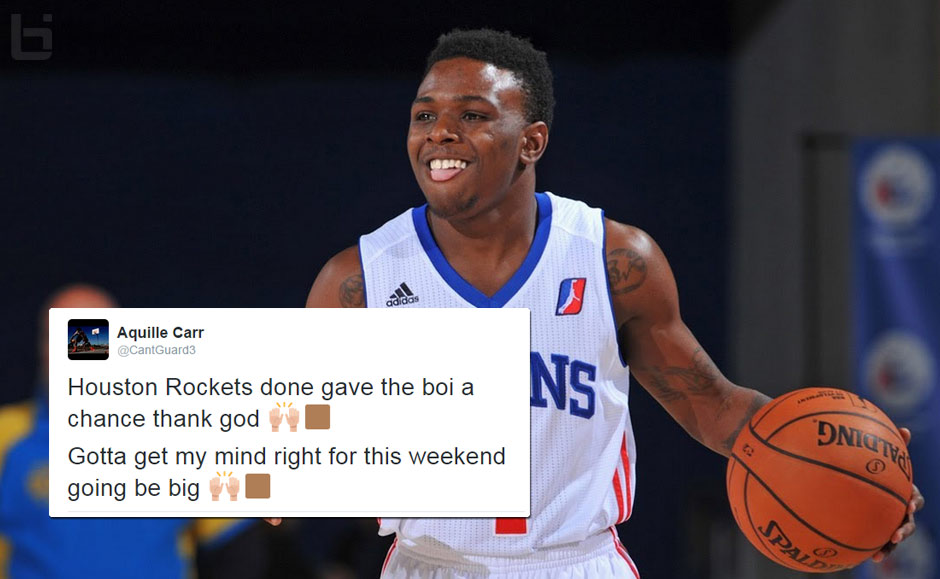 Last month we asked if high school basketball sensation Aquille Carr “deserves another chance?” The lighting quick ball handling wizard from Baltimore was offered almost a million dollars to play overseas when he was in 10th grade. He passed and then passed on college to pursue a pro career after high school and that journey has taken him everywhere from international tours with former NBA players to a league in Canada and to a short stint in the D-League.

According to Aquille Carr on Twitter, it looks like he’s getting that second chance. He tweeted “Houston Rockets done gave the boi a chance thank god” late Wednesday night and then “gotta get my mind right for this weekend going be big” on Thursday.

The Rockets do have Ty Lawson, Patrick Beverley and Jason Terry on the roster so it’s going to be tough for Carr join that company but it’s a chance and that’s all Carr has been waiting for.