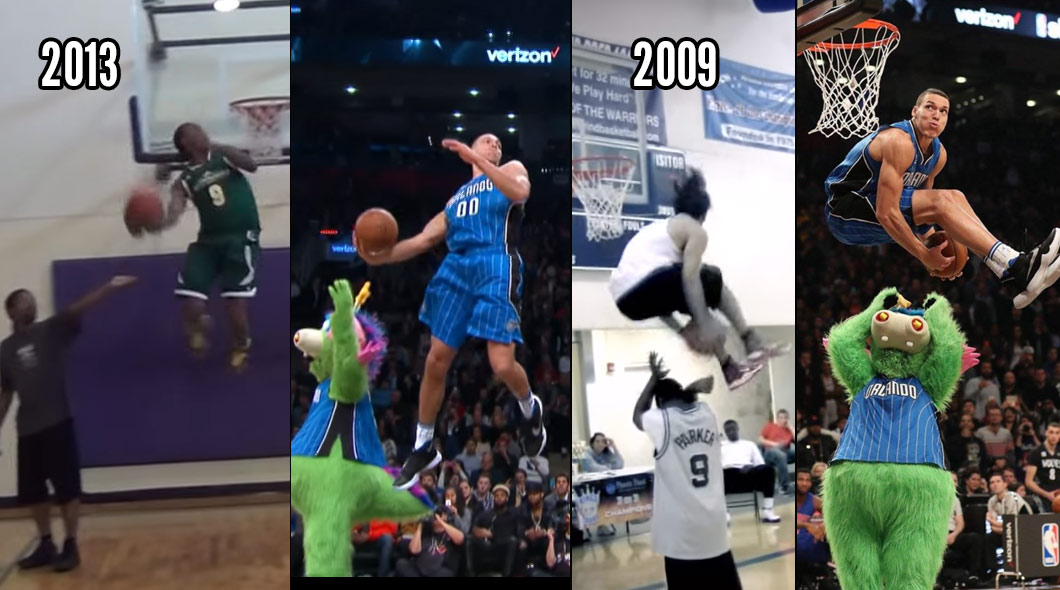 Don’t worry, this isn’t going to get negative.

I’m not taking anything away from LaVine and Gordon. If anything, I want to thank them for breathing new life into the event that so many people have called “dead” over the past decade and for inspiring young ballers, who just might be the next NBA dunk contest champion.

I also want to thank the professional dunkers who provided the inspiration for LaVine and Gordon when the 2 NBA players were once those young ballers in high school, up until last night, when they added their own personal touch to the dunks and ideas by those dunk pioneers.

So here’s the dunks from last night’s event followed by the original and/or inspiration. Please, don’t think of this as comparisons to see which dunks were better; Think of this as me spotlighting the producers and sharing the original songs that were sampled on Nas’ Illmatic album (best rap album ever?); ‘It ain’t hard to tell’ is a classic and a big reason for that is the very underrated production by Large Professor and the classic Michael Jackson song ‘Human Nature.’

According to Yahoo, another person who deserves some credit for last night’s show is the man behind TFB: Charles Millan.

When Orlando forward Aaron Gordon reached out through Oladipo a couple weeks ago, Millan sent the second-year pro a compilation video of six dunks never done in the contest and well suited to his Dominique Wilkins-esque style. Millan has also texted back and forth with defending champion Zach LaVine about one high-risk, high-reward dunk that not even any of the members of Team Flight Brothers have managed to pull off yet.