You might have heard of Kenny Skywalker – no not pro dunker Kenny Dobbs. The player I’m referring to is the former Kentucky great and NBA dunk champion who beat Clyde Drexler in the finals of the 1989 Slam Dunk Contest. A player that nobody really knows much about except he was the first Knick with an awesome high top fade (sorry Shump). But behind that dunk contest win is a pretty emotional story about the death of his father and the ups and downs of Walker’s career following the contest win.

Here’s his story, which aired during the 2001 NBA All-Star weekend. 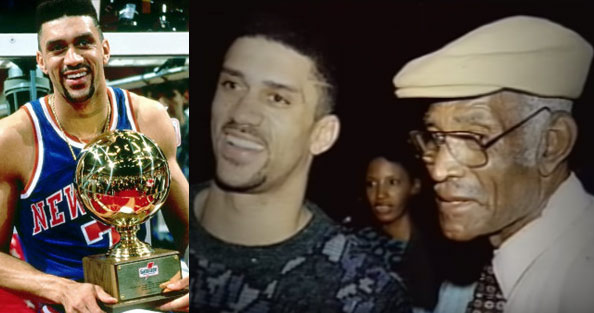