It took me a while to decide on my favorite Tim Hardaway moment; so many crossovers, game-winners and behind the back passes to consider. I ended up choosing a moment that captured the emotion that was often shown after one of those mentioned highlights as my favorite. And that favorite came during the post-Run TMC days, when the Killer Crossover King scored an and-1 layup, got right in Charles Barkley’s face, stared him down and yelled “In Yo Face” without receiving a punch to the face or a taunting tech from a ref (I loved the 90s).

A few of my other nominations included him saying, “I got skillz” in his first Nike commercial with Spike Lee (beginning of the following video) and the time he made a defender do the nae-nae before draining a game-winning 3 (1:28 in the same video).

I also thought about his behind the back move on Spud Webb (32-second mark of the following video) or him leaving the great John Stockton in the dust (45 mark).

Miami Heat fans (I’m not one of them) will probably pick a performance from the mid-90s when Tim Hardaway was the best Hardaway in Florida even though fans were voting for Orlando’s injured Penny Hardaway to start in All-Star games.

For me, nothing could knock this image out of my head. 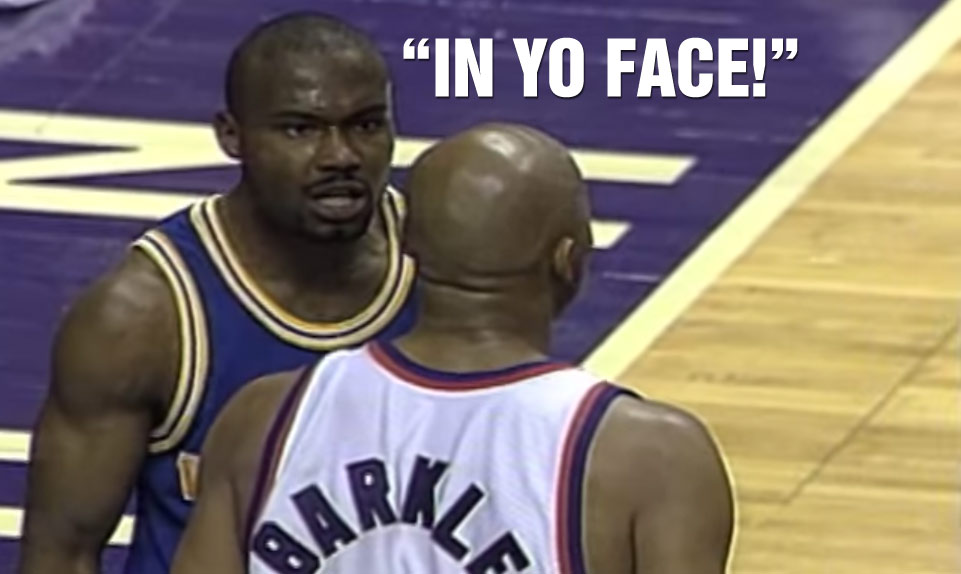