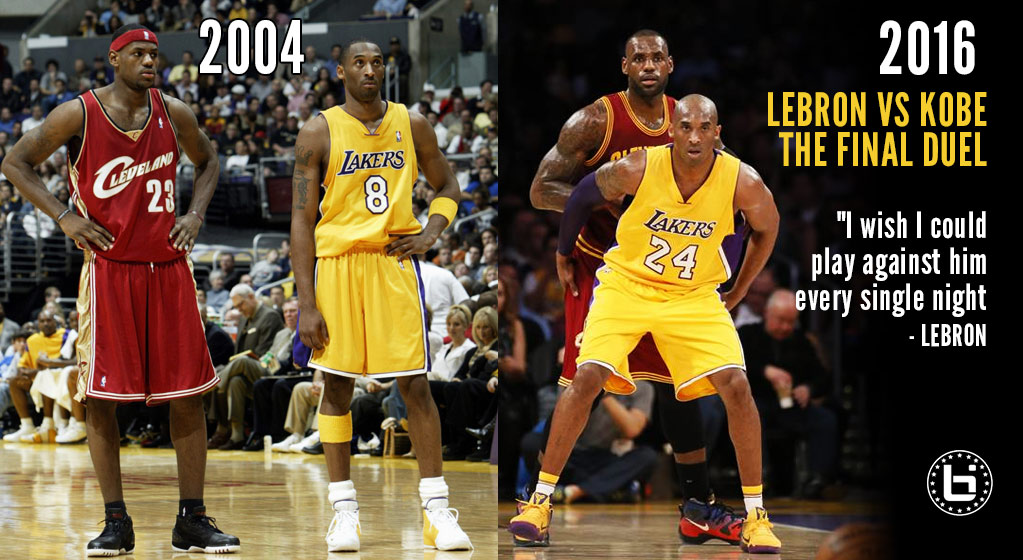 LeBron throws down a sick 1-hand dunk off the glass from JR Smith. Kobe responds with his trademark turnaround. LeBron hits a 3. Another turnaround by Kobe. Another monster dunk by LeBron. Kobe calls for the ball and pulls up for a 3 over LeBron!

For 2 minutes near the end of the first half of the Cavs win over the Lakers on Thursday night , LeBron and Kobe put on a can-you-top-this-1-on-1 show by scoring a combined 14 straight points. It was 2 minutes that reminded us of 12 years of classic games between the two greatest players of the past 12 year: Kobe’s game winner in 2006; LeBron scoring 14 of 41 in the 4th including a game-winner over Kobe in 2008; LeBron’s 27/11/10 triple double on Christmas of 2010; Kobe dishing out 17 assists in 2015.

“I wish I could play against him every single night,” James said after scoring 24 in his 22nd and final duel with Kobe. “Just that competitive juice, that feeling of just going against one of the greatest, you can never take that for granted.”

“It was just fun,” Said Bryant, who had 26 points on 11 of 16 shooting in the farewell duel. “I enjoy the physicality of it. Playing against him is fun because of his size. It’s always fun to bump with him and to have that physicality, backing him down and driving and bumping. That’s fun.” 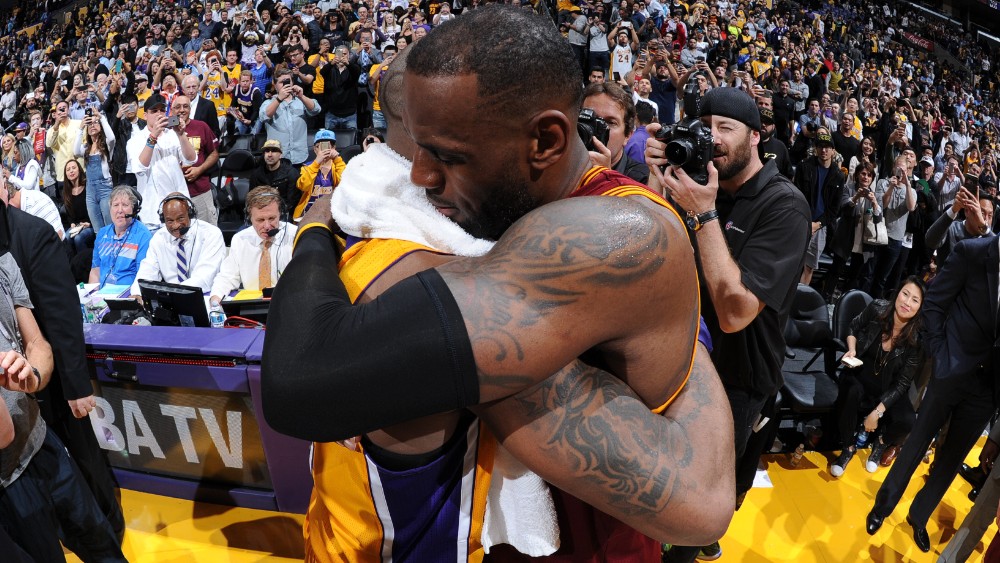