Lonzo Ball recently made an appearance on The Late Late Show With James Cordon and talked about how he’s been working on his autograph for the upcoming season. That’s probably a wise idea since he’s going to be signing more items than any other Laker or rookie this season and because his signature is uglier than his shooting form. It’s really not but it is a little sloppy and inconsistent. You might also notice from his first autographed rookie cards (2nd image), he stopped putting his jersey number on his signatures to save time. 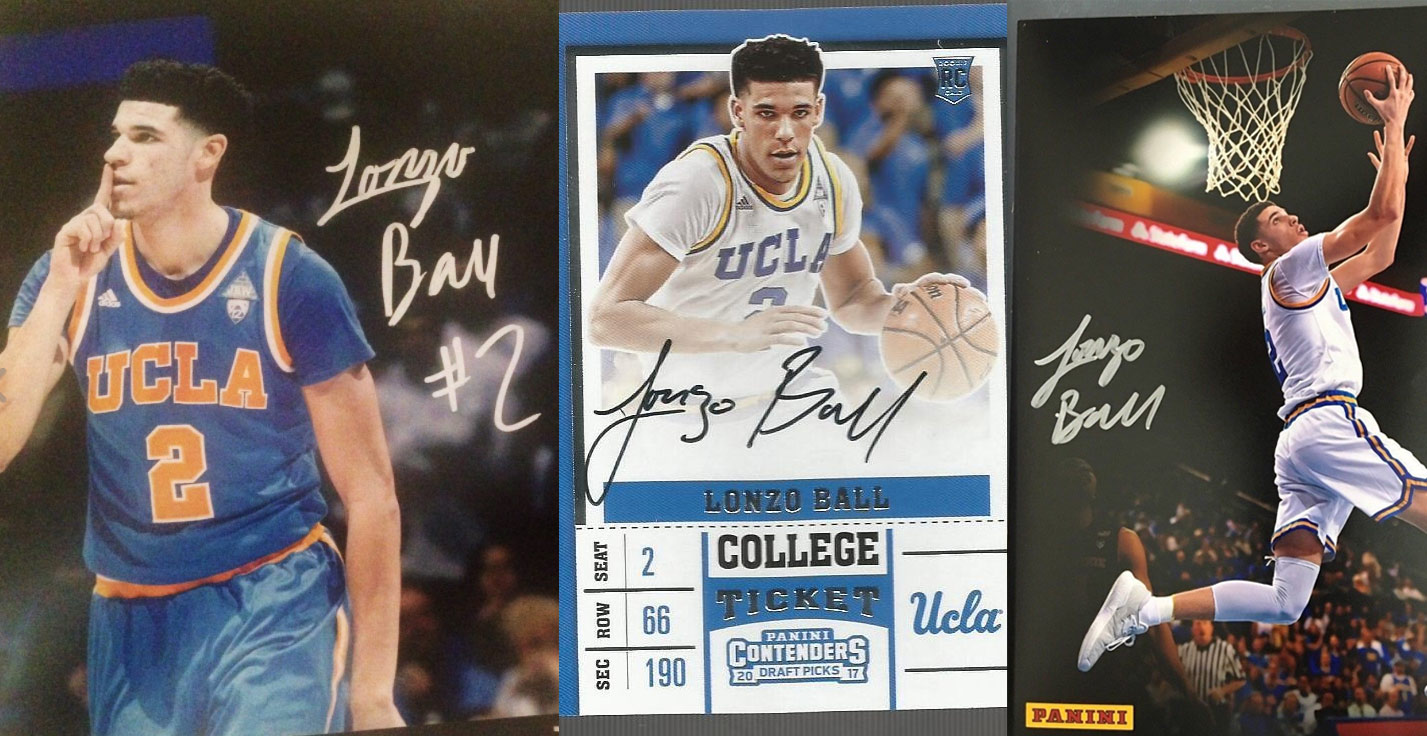 If you are interested in buying an autographed Lonzo Ball rookie card, the one pictured above will cost you about $300, with serial numbered variations going for as much as $16,500 on Ebay! And you thought Big Baller Brand stuff was expensive.

Speaking of BBB, a pair of autographed Zo2 shoes will set you back about a thousand dollars. 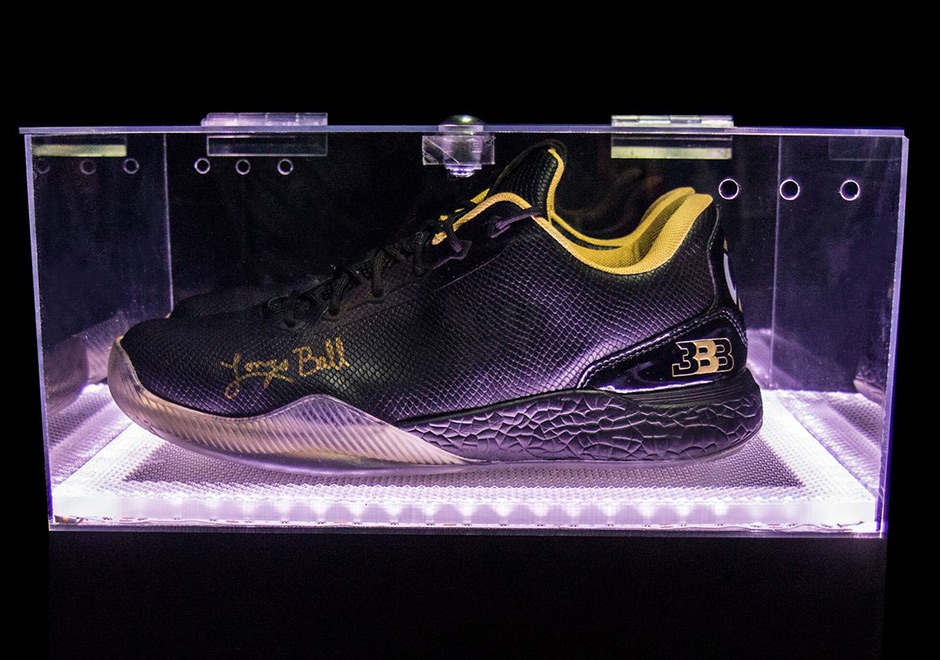 If you aren’t shocked enough, LaVar Ball “Stay in yo lane” autographed cards also sell between $300-500. 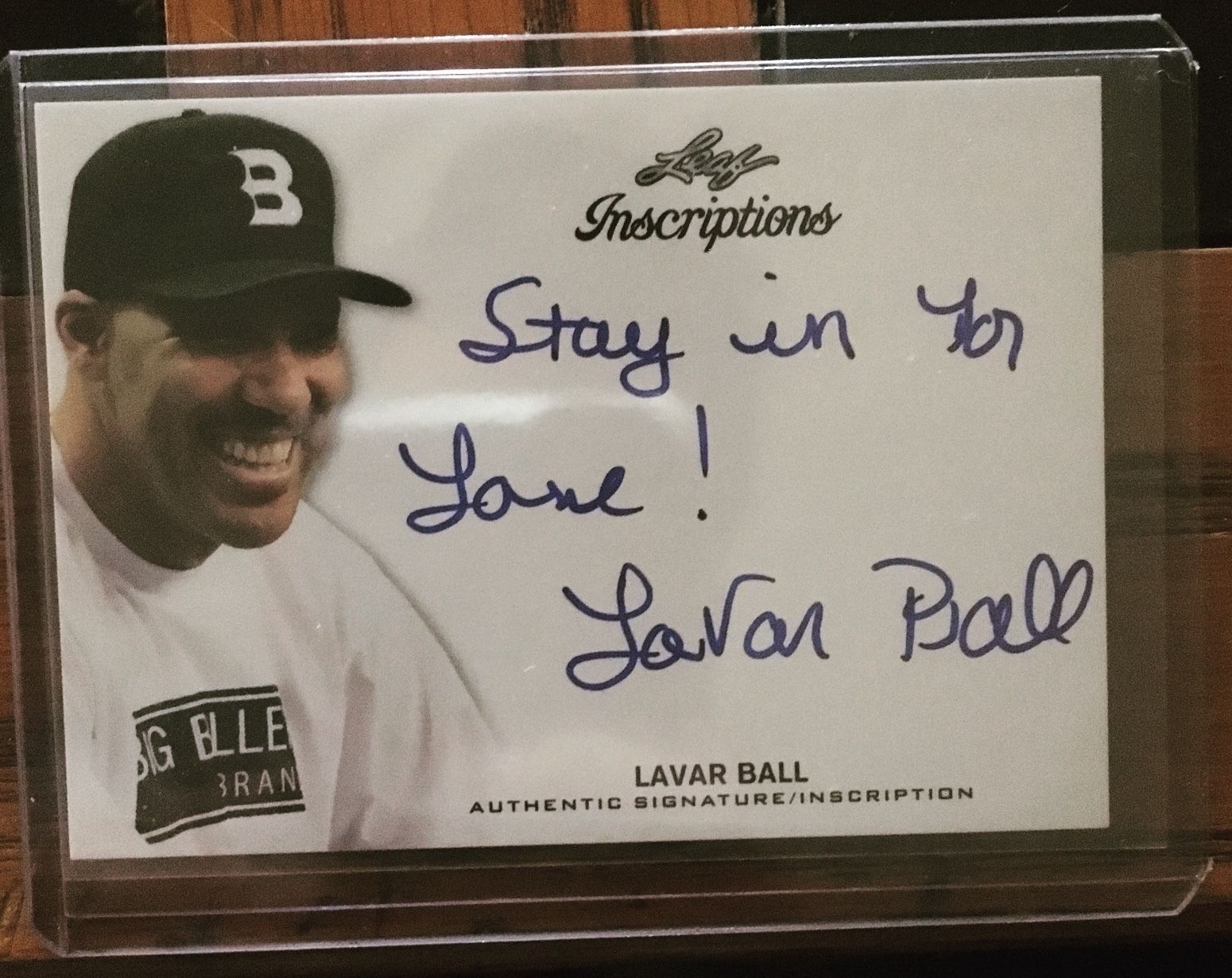 One last thing about Zo’s appearance on The Late Late Show With James Cordon, not so ugly was the lovely looking co-guest Sonequa Martin-Green aka Sasha from The Walking Dead.