We knew a lot of male Dallas Mavs fans would boo Chandler Parsons on Friday but I also knew a lot of female fans wishing the underwear model was their boo would welcome him back with wide-open….arms. The girl in the Instagram pic (above) by Parsons sounds like one of them. And Joel Embiid, who has a history of saying funny things to Parsons on IG, replied in the comments and told “bruh” he “better smash.”

I’m not going to speculate if he did or did not “smash” but I do know the Grizzlies “smashed” the Mavs 80-64 and the pic of the girl, in front of the interesting score, and Embiid’s response deserves to “smash” the internet. 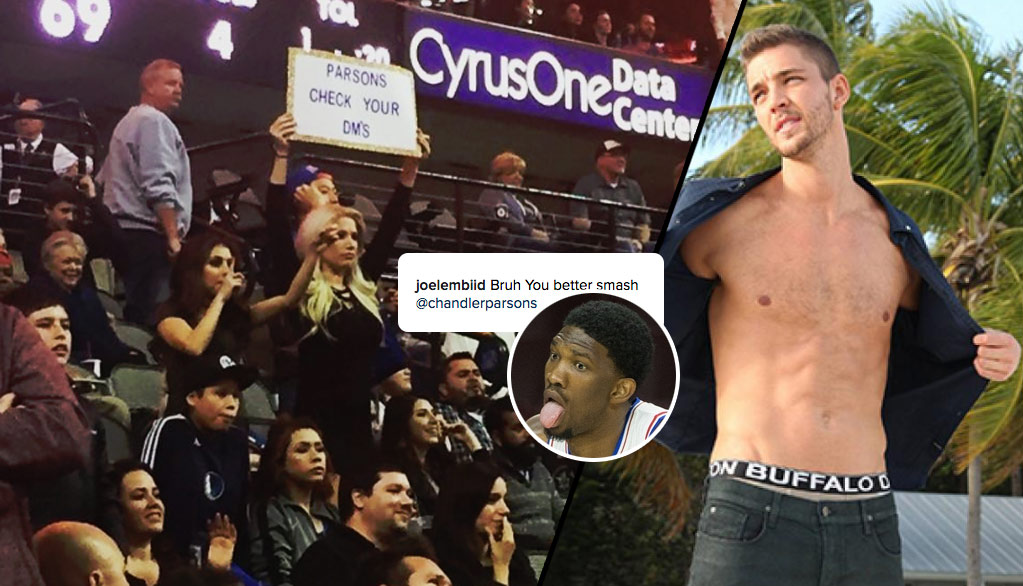 These two did not smash.