This has been a great month for Vince Carter fans.  Last week Vince Carter said he has no plans on calling it quits anytime soon and would like to play 20 years in the league. Today, the NBA released the best Vince Carter mix on the internet featuring not only the best dunks from his career but a bunch of dunks and angles we have never seen!

Shout out to Nils Wagner for doing such a fantastic job on the mix. I met Nils back in 2000 when I was running a popular Vince Carter site (Got Vinsanity!) and we used to talk about how awesome it would be to have full access to the NBA’s Vince Carter archives. Well, Nils now has the key to those archives – as well as many other players – and he’s not only doing a great job at sharing these begging to be released highlights, but he’s doing justice to the makers of these highlights.

And here’s Nils ultimate tribute to the NBA dunk contest. 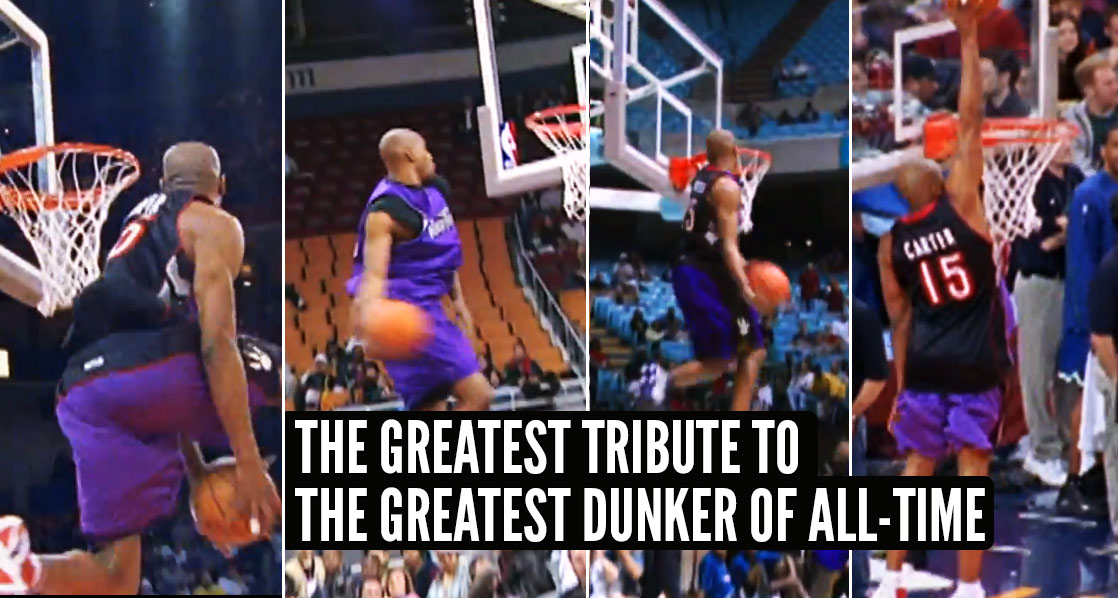