The not so popular 1996 NBA dunk contest is mainly known for two things: #1 is Brent Barry, four years after Woody Harrelson tried to dunk in the sports classic “White Men Can’t Jump (which surprisingly is a favorite of the late great Stanley Kubrick), becoming the first and only white guy to ever win the event. #2 is 6’0 Darrell Armstrong “doing a layup in the contest.” Before I get into how the league prevented Brent Barry from making the event more memorable, I want to clear up something about Armstrong.

Orlando’s energizer rabbit was on the injured list for much of the season and was only taken off it so he could hitch a ride with Shaq and Penny to San Antonio and rep the Magic in the dunk contest. At this time, the format of the contest was a 1 minute and 25 second opening freestyle round that required each participant to throw down at least three dunks. After missing a bunch of attempts, a worn-out Armstrong realized he had no shot at advancing in the final seconds of the round so he just tossed the ball up and “made a layup.”  He was so disappointed with himself, he said he called his Mom that night and cried. What always disappointed me about this, is the first round exit prevented us from seeing a dunk he and Shaq had planned, which involved Armstrong dunking in Shaq’s size 21 shoes.  That sounds interesting and like a potential disaster.

Earlier this year, I had the pleasure of interviewing Brent Barry, who along with Shaq, was a judge in a top secret $100,000 amateur dunk contest called “The Dunk King.” My dumb ass lost the transcript of the interview but I remember enough to talk about my favorite discoveries from our conversation, specifically how the NBA robbed us of seeing one of the “baddest” performances in contest history.

Despite playing for the God-awful Clippers of the mid-90s, rookie Brent Barry was an instant fan-favorite and Sportscenter regular for throwing down reverse dunks and making playground passes to a bunch of guys who robbed Barry of a couple of assist per game. So it was no surprise when the NBA released the names of the 1996 dunk contest participants, Barry’s name was on it. What did surprise me was Barry telling me he didn’t want to be on that list and only agreed to do the annual event because his team wanted him in it.

In the first round, Barry started off with a routine off the bounce dunk, honored another white high-flyer by doing Rex Chapman’s behind-the-back self oop, hit a Stansbury-ish 360 and finished out the opening round with a free-throw line dunk…while wearing his warm-up jacket. Barry, along with Greg Minor and Michael Finley, struggled in the final round so he went back to the free-throw line dunk and just like Michael Jordan in 1988, was rewarded for doing the same dunk twice in the event.

As cool as it was to see a white man show white men could jump, the championship-winning performance wasn’t a very memorable one. But, Barry told me about his original plans and if he would have pulled it off, it probably would have been one of the most memorable. The idea was to have LL Cool J’s hit song “I’m Bad” playing in the background and Barry, wearing the trademark red outfit and Kangol hat, would throw down his first dunk after Uncle L finishes the famous “aaaaaaahhhh” at the beginning of the song.

Of course, the league rejected the idea. It didn’t surprise me since David Stern and the NBA were really weird about hip-hop music in the mid 90s; they even banned rap music from being played in the background of the 1994 dunk contest, even though they had Will Smith “emceeing” the event. And the reason why they said no was because of music licensing issues and this is when the league wasn’t willing to burn money like they eventually would when the event turned into a product placement prop fest. Actually, the league got rid of the event after one more event, which was won by a cocky rookie Kobe Bryant.

I asked Barry why he didn’t defend his title and compete against Kobe and Darvin Ham, who was robbed in the event and even told me he was robbed and would have beat Kobe, and Barry said he had “nothing more” and reminded me he didn’t want to do the contest he won. He cared so little about the contest, he converted the trophy into a fancy candy dish. 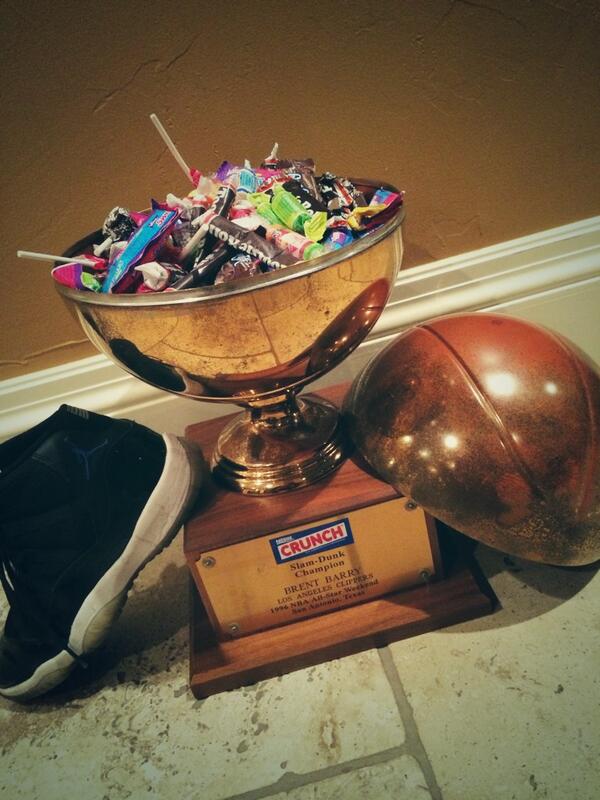 Barry did eventually have his hip-hop moment during NBA All-Star weekend, when he participated in the 2003 3-Point contest and executed a pretty impressive crip-walk…for a white guy. Keep in mind, he’s straight outta Concord, California!

I told him if he would have done the c-walk in the NBA dunk contest people would still be talking about it.

Every year, around NBA dunk contest time, you will see a lot of Top 10 best and worst contest dunks and events lists and the 96 event is only brought up with negative comments. But, can you imagine if the league would have let Barry have his Cool J homage in the first round? Better yet, can you imagine him following up the first round with a c-walk in the finals with WC & The Maad Circle playing “West Up” in the background? It would probably go down as the “baddest” dunk exhibition of all-time. 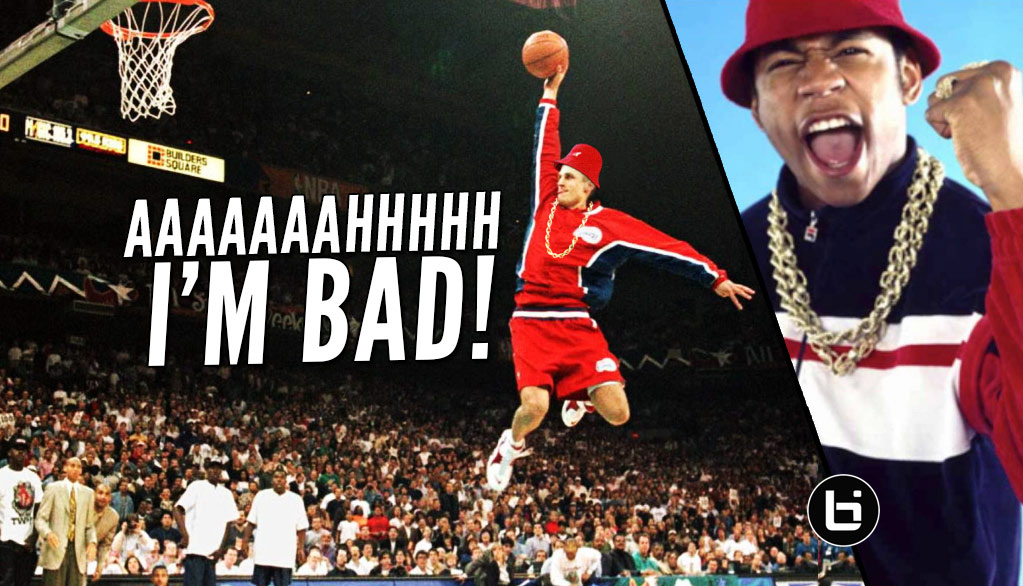