It’s all Psycho T’s fault! We all know Tyler Hansbrough is a magnet for violence and although he isn’t in the Spanish ACB league and wasn’t playing in the game between Laboral Kutxa and Bilbao Basket on Saturday – his brother was!

But seriously, what happened was Bilbao’s Dejan Todorovic took exception to a foul by Tornike Shengelia and then it was Ron Artest approved madness on the court.

“What we saw today was so disgraceful,” said Kutxa coach Ibon Navarro, “that for the sake of basketball we shouldn’t dwell too much on this.”

All but 8 players were sent to their lockers for the melee that spilled into the crowd where a boy and his family were sitting.  One of the players did later apologize to the boy. 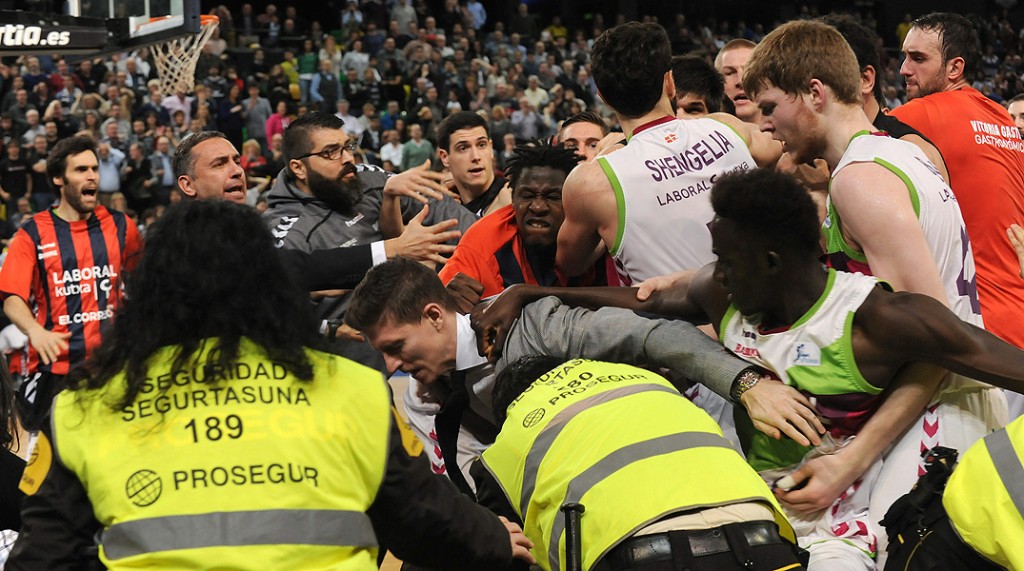 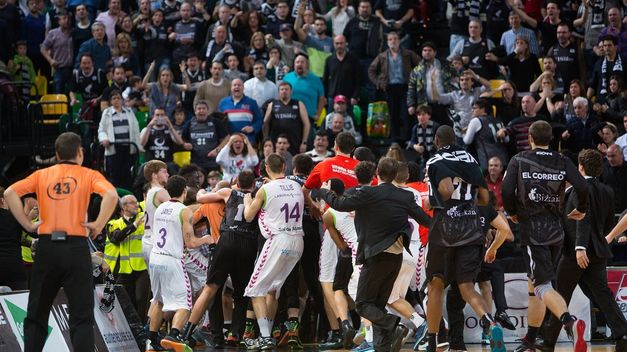 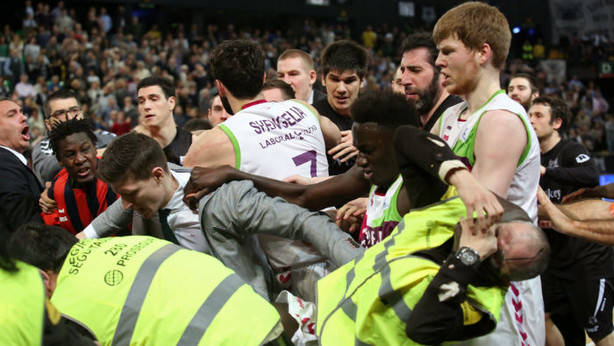