I was hoping for an epic battle between triple double king Rajon Rondo and scoring king Steph Curry on Saturday night but that didn’t happen. What did happen during the easy 19 point win for the Warriors was 4 quarters of Curry excitement even though Steph only played 3 and didn’t  make a field goal in the last 2.

Steph’s brother Seth “doesn’t get enough respect” Curry checked into the game for the Kings in the 4th and was putting up 3s and dishing out assists just like his brother did in the first 3 quarters. In just 9 minutes, Seth was 3 of 3 from downtown and finished with 9 points, 2 assists and 1 rebound. He also got a lot of love from Steph – smiling on the bench – and the Golden State crowd as if he was playing for the Warriors.

As for Mr Triple Double Rondo, he only had 7 points and 7 assists but Draymond Green followed up his triple double from Friday with another: 13 points, 12 assists and 11 rebounds.

Oh yeah, and if you are still counting, the Warriors are now 18-0. 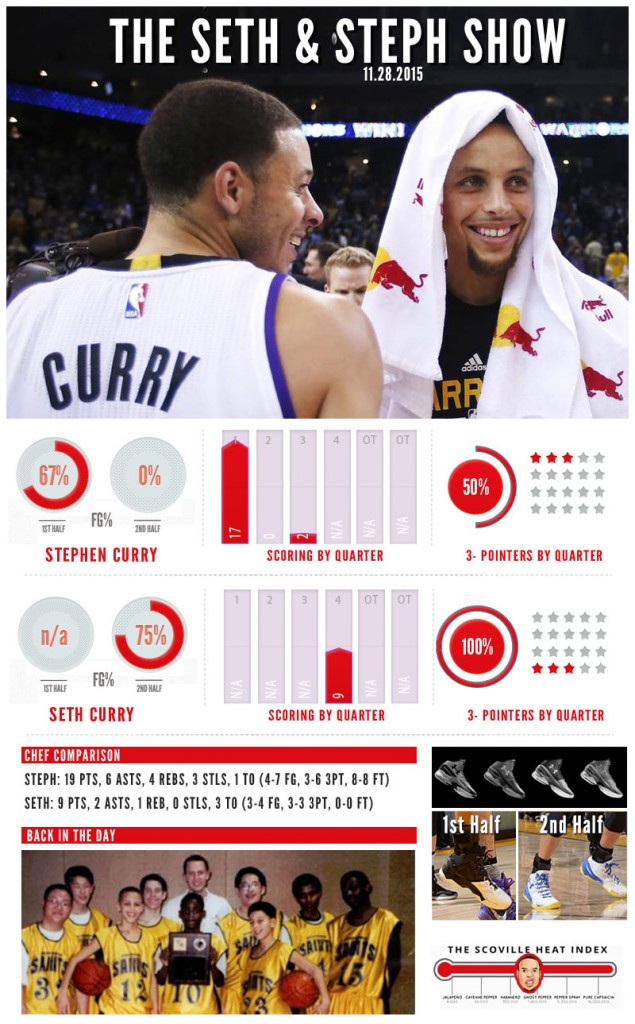