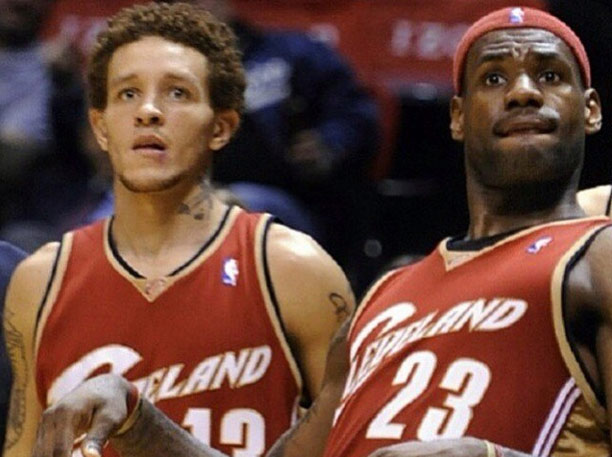 Flashback to June 4th of 2015.  During an interview with the Northwest Ohio Media Group, Delonte West talked about how LeBron “saved his life” back in 2009.

“He sat with me in the locker room for like an hour and was rapping it up with me by giving me words of encouragement,” West said. “Keep in mind, practice was still going on. He left practice and sat with me for a while, just keeping me company. He later walked me down the stairs and said, ‘D, I don’t know where you’re going or what you’re about to do, but I’ll be right here when you get back.’

“My spirits were so high at that point. I don’t know what would have happened had I left in the condition I was in prior. It’s a testament to the type of person he is.”

Then last week, the above picture and following message was posted on a fake Delonte West instagram account.

@kingjames we not cool anymore man.. Take my name out ur mouth.. And stay wit one team..u suck jo..u need all stars surrounding u to win ..talk bout my fam again n watch wats gunna happen jo..it’s all fun and games until somebody gets hurt.

Believing it was really West, the media ran with it and West bashing became popular again.

A few day later, the fake account posted a picture of West and Dell Curry with a headline saying “Whos dad was better. Curry or LeBrons” and the following caption. 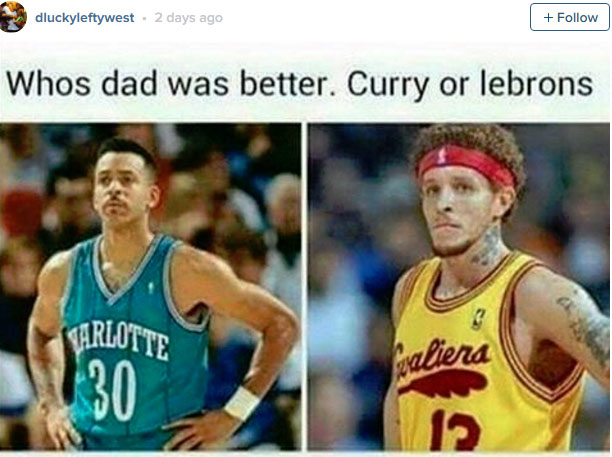 Even though people such as Slam editor Tzvi Twersky have tried to inform the public that the account is fake, the messages and images had already gone viral across other social networks such as Facebook and been discussed on radio shows and blogs as if West really did say these things.

Granted, West has a history of being a knucklehead who has said some dumb things in the past, but he doesn’t need a bigger knucklehead putting words in his mouth as if he was the same person from that past.