Charles Barkley has never been well liked in San Antonio and it’s not just because he likes to make fun of all of the “churro eating” obese women wandering around Riverwalk and the Alamo.

The worst thing he ever did to San Antonio residents was break their hearts back in 1993 when he racked up 28 points, 21 rebounds and hit a game-winning shot to eliminate the Spurs in the Western Conference Semifinals.

“I knew David wasn’t going to let me go to the basket so I just kept driving him closer and closer so I could shoot a free throw,” Barkley told the Express-News about his key shot after the game. “The shot felt good when it left my hand.”

What made the game so painful for San Antonio residents was the fact that it was the final game at HemisFair areana aka the Convention Center.  To add insult to injury, Barkley got into some drama after the game.  As Barkley was leaving the court and going to the locker rooms, he ripped a Spurs sign and threw it in the air causing some rowdy fans to start throwing signs at him.

The Spurs moved on to the Alamodome the next season and have won 4 NBA championships since.  Maybe that’s a sign that the easily offended “big ole’ women” of San Antonio should move on from Barkley’s comments and Churros and maybe great things will happen too. 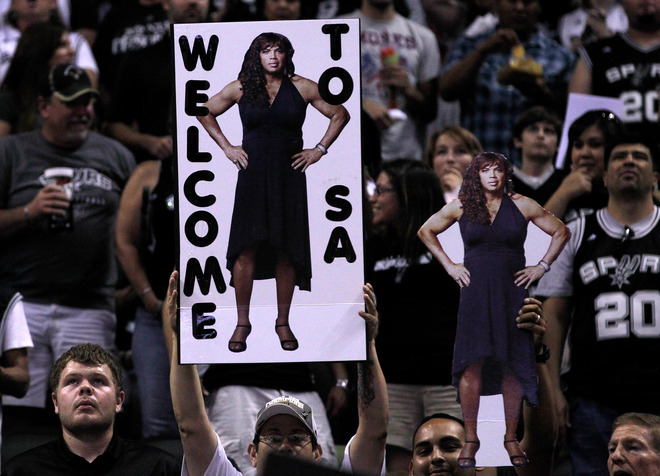