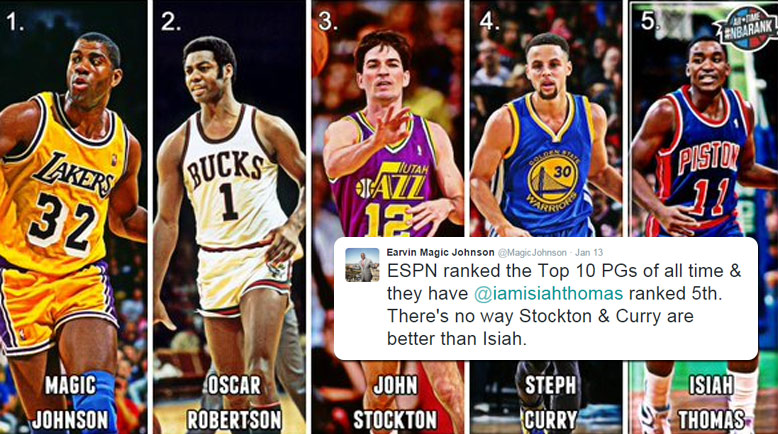 It might sound odd to hear somebody say a 12 x NBA All-Star and 2 x NBA Champion in the Basketball Hall of Fame is underrated, but Isiah Thomas just might be one of the most underrated basketball players of all-time. How? I often see Top 10 lists leaving Zeke off and don’t hear his name enough in conversations about point guard GOATs and to me, that’s just ridiculous.

On Wednesday, ESPN released a list of GOAT point guards and somehow found four players to put ahead of the first point guard I ever saw who could score at will, dish out 20 assists, dunk on a defender at 6 foot, or make a defender look silly with behind the back moves and crossovers only seen in Harlem Globetrotter games. Those four names are Magic Johnson (cool), The Big O (sure), John Stockton (I get it) and Steph Curry (oh hell naw). This isn’t a knock on Steph — the greatest shooter of all-time — but the 2 x All-Star needs to put in at least another half decade of great basketball for me to rank him ahead of the baddest of the 80’s Bad Boys.

One person who agrees with me is the baddest of all the point guards, Magic Johnson. The Showtime leader tweeted out the following comments when he saw his former nemesis on the list.

ESPN ranked the Top 10 PGs of all time & they have @iamisiahthomas ranked 5th. There’s no way Stockton & Curry are better than Isiah.
Let me remind everyone, young and old, I played against @iamisiahthomas when he was hurt & hobbling on one leg and @iamisiahthomas still scored 25 points in one quarter in the NBA Finals!
I love @StephenCurry30, the best shooter we’ve ever seen, but he’s not better than Isiah, at least not yet.

We could go on all day bringing up war stories from different decades and pulling out stats, but I’m just going to drop a few numbers, a couple of videos and leave it at that. 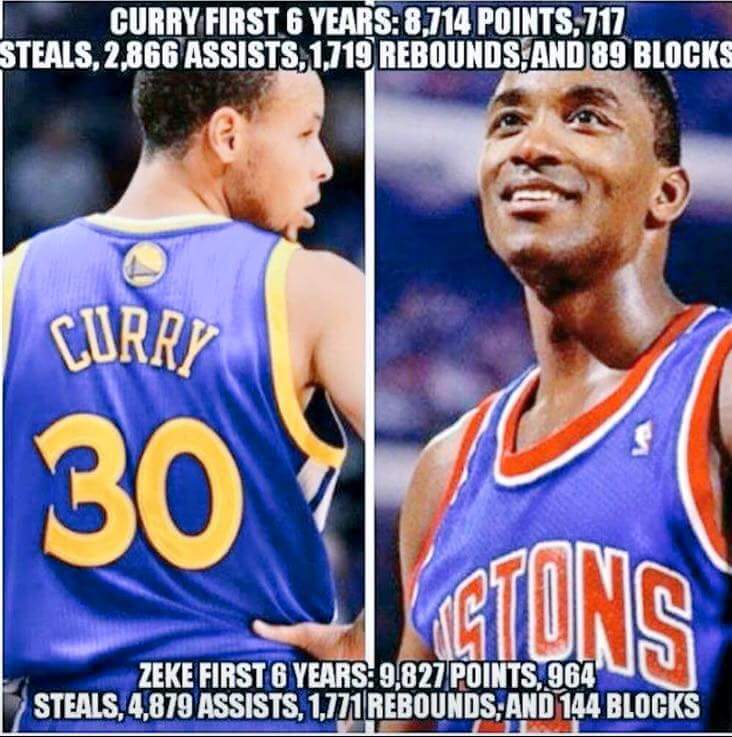 25 POINTS IN A QUARTER ON A SPRAINED ANKLE

16 POINTS IN 90 SECONDS VS THE KNICKS

30 POINTS AND 20 ASSISTS VS LAKERS