In the latest episode of Cassy Athena’s ‘Thru The Lens’ series, she visits with Ballislife favorite, 76ers’ Pierre Jackson, as he shows off his impressive (mainly Nike) sneaker collection and way too adorable daughter – no surprise she owns some cool kicks too.

In the episode, Pierre also discusses his basketball journey which hit a bump in 2014 when he ruptured his Achilles on the first day of the Orlando Summer League.

He also made his debut on Friday night and scored 2 points and dished out 3 assists in 12 minutes. 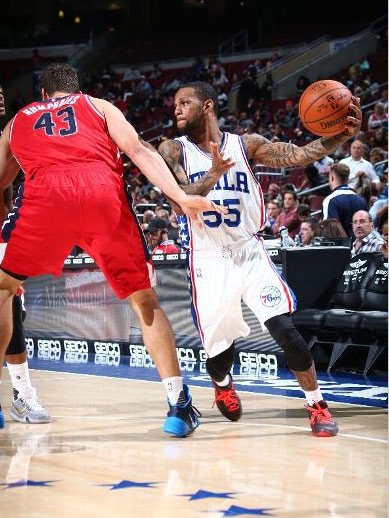