Not that the duo of Shaq and Kobe didn’t have a little success in LA, but how fun is the thought of a teenage Kobe Bryant playing alongside a teenage Kevin Garnett in Minnesota in the late 90s and for who knows how long into the next decade? According to Flip Saunders, the TWolves toyed with that thought when they drafted Ray Allen and traded him for Starbury during the 1996 NBA Draft.

“We teetered on the idea of getting another one because we had success with KG,” Saunders said before the Lakers’ 101-99 overtime win over the Timberwolves on Wednesday at Target Center. “But we kind of thought it would be too much having two of those guys who were young at that time and still in the process of developing KG as a young player.”

It makes perfect sense that they didn’t pick Kobe, and back then nobody, including Jerry West, would have taken Kobe ahead of Ray Allen or Stephon Marbury.

But the real crazy story, which nobody talks about, is how Jerry West attempted to get Marbury from Milwaukee. Lucky for them, the Bucks wouldn’t trade the star guard from Georgia Tech for Vlade Divac, because if they did, then the Lakers wouldn’t have ended up with Kobe, who they traded Divac to Charlotte for. If that trade still sounds like the deal of a century, the original rumor was the Lakers were originally offering Anthony Peeler for Bryant!

The Lakers then drafted Derek Fisher and signed Shaq that summer and the rest is history. 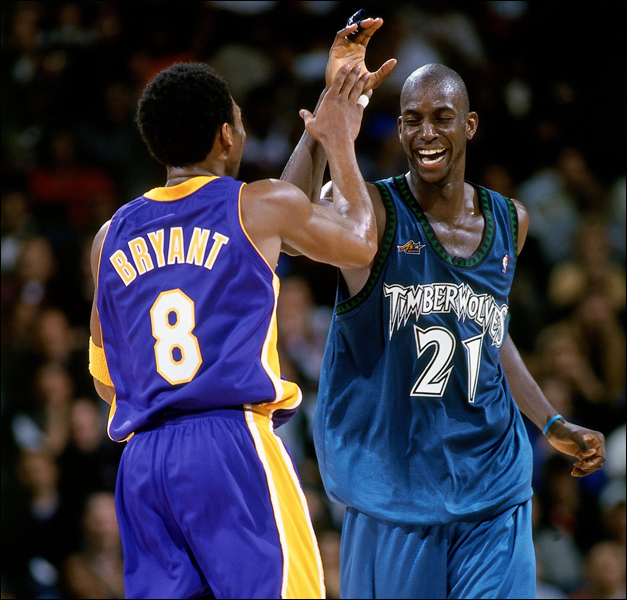 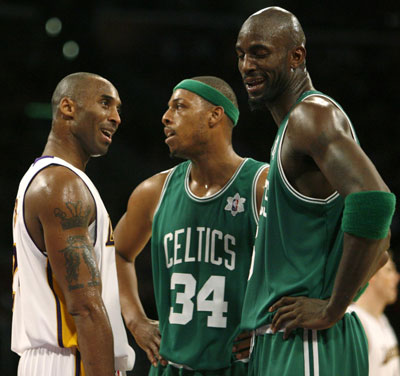