It’s called the Rondo fake but to me it’s still the Avery “Little General” ball fake and last night Tony Allen pulled it off perfectly when he froze Big Baby Davis with it.

Speaking of Rondo, Allen and Davis, they all played together in Boston back in 2010 when the Celtics were 1st in the Atlantic Division and making plays like this.

Which I’m sure Tony enjoyed a lot more than having to deal with this.

Although the current Grizzlies are playing as good as those Championship contending Celtics were back then. 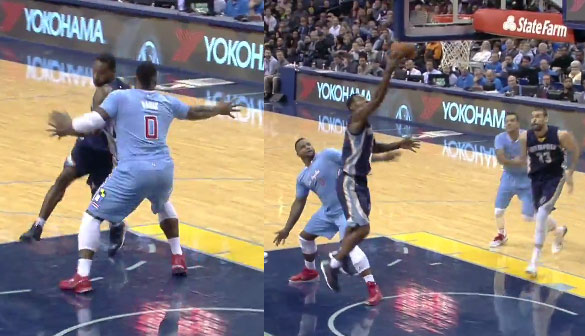