Tony Allen officially became the “villain” after GM1. Not because of his reputation as one of the league’s best defenders and not because he put up 15 points, 4 rebounds, 3 assists and 3 steals on Sunday….but because  he walked through a dance routine by the Warriors Jr. Jam Squad.

“They were killing the MC Hammer rendition,” said Steph Curry who watched the hilarious incident. “and I saw (Allen) walk out kind of like slo-mo because I don’t think he realized where he was walking. He was locked in the moment, and they were still dancing. Our fans obviously were protecting the Warriors’ ground in all sorts of ways.”

The fans booed Allen as if he just committed a flagrant foul on Curry and continued to boo him throughout the game.

“I don’t think he realized he was walking through their dance routine,”said Draymond Green. “All of a sudden he realized it, and he tried to dap the little kids up, and the fans didn’t pay any attention. I was like, ‘C’mon, man.’ 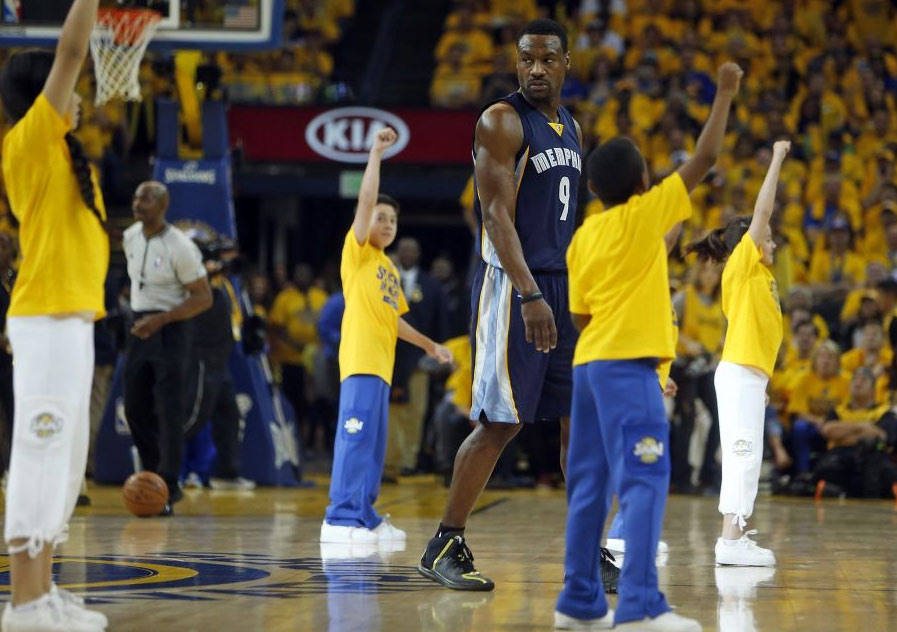 “I heard the first horn. When you hear the first horn, they want you to come out. Through all that, I still managed to shake one of the kid’s hands and let him know it’s a good performance. I was so focused on the play we drew up and what those guys are doing offensively, it took me by surprise,” Allen said of the incident. “That’s the least of my worries.”

The only thing that could have made this moment better is if Allen would have busted out his “turnover dance” in the middle of their MC Hammer routine. 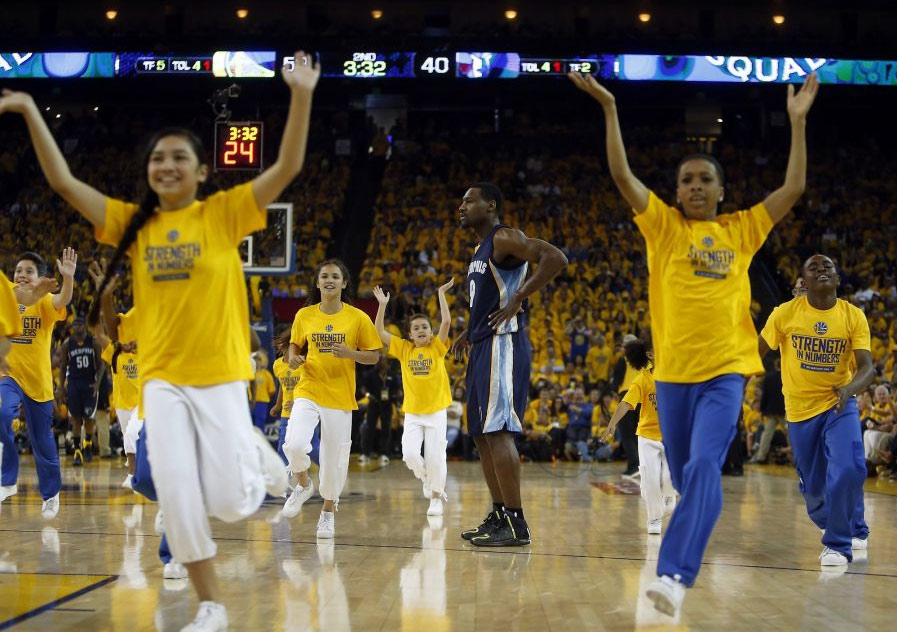 “I don’t think he meant anything by it, but it was hilarious.” said Green. 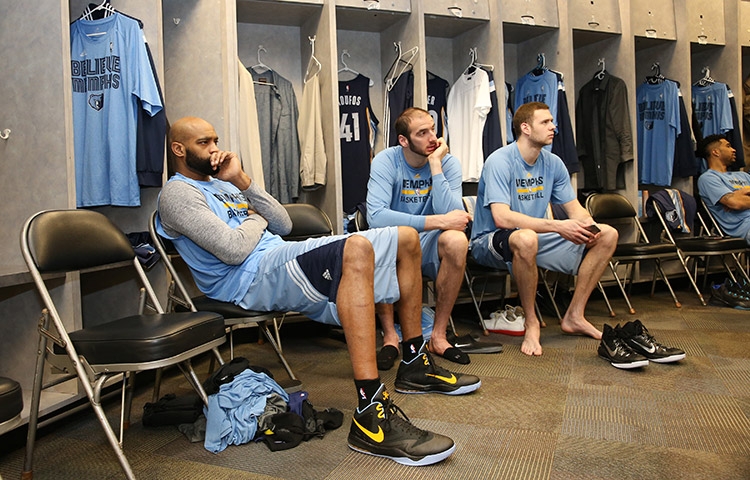 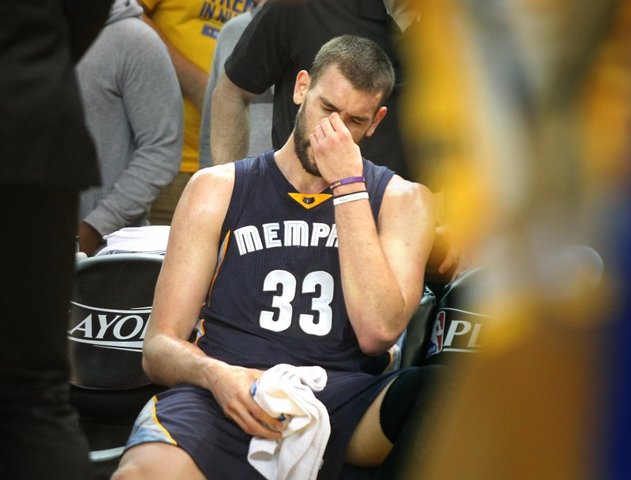