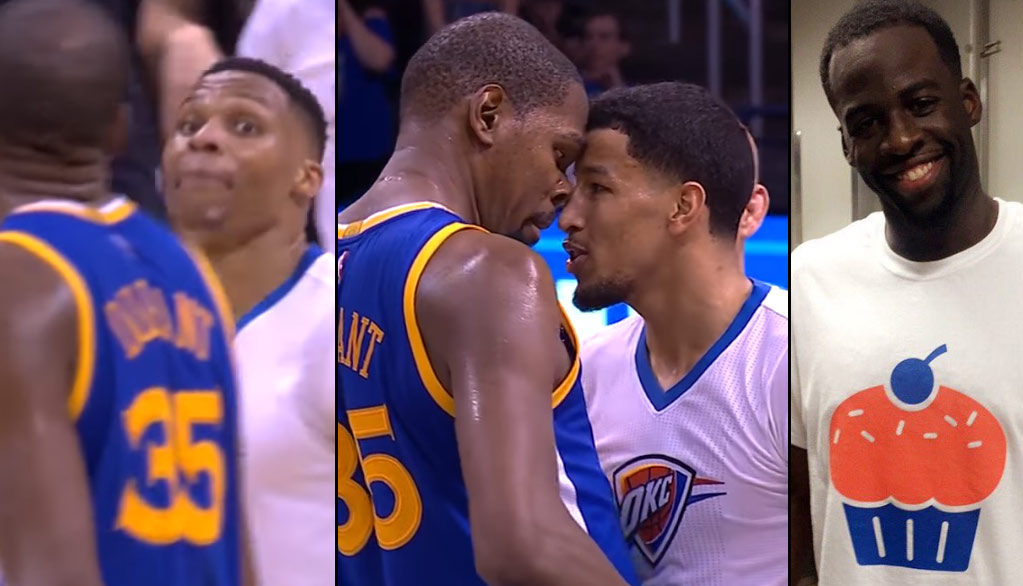 Just like the sequel to the revenge film John Wick, Kevin Durant’s return to Oklahoma City lived up to the hype and gave me everything I wanted from the KD vs Westbrook soap opera: impressive action sequences, more humor than expected and plenty of moments where volatile characters were on the verge of exploding which kept me on the edge of my seat saying, “this is getting good.”

Before getting into my favorite moments from the game, I just want to say I enjoyed the original Wick more than the sequel, mainly because the second chapter lacks the character motivation and storyline of the first one. With that said, I can’t wait to see Keanue Reeve kick more ass in the third chapter – just like I can’t wait to see Westbrook and Durant try to kick each other’s asses in the next Warriors and Thunder game.

OKC FANS WEARING KOWARD SHIRTS WITH A CUPCAKE ON THE BACK

The OKC fans came up with a lot of amusing shirts and signs but this “Koward” shirt was by far the most original.

On Saturday the oversensitive NBA said they want to crack down on NBA team social media accounts from causing “Twitter Wars” and basically creating fun fan engagement that’s awesome for the NBA. Hopefully they don’t have an issue with this trolling “It’s Game Day” tweet. 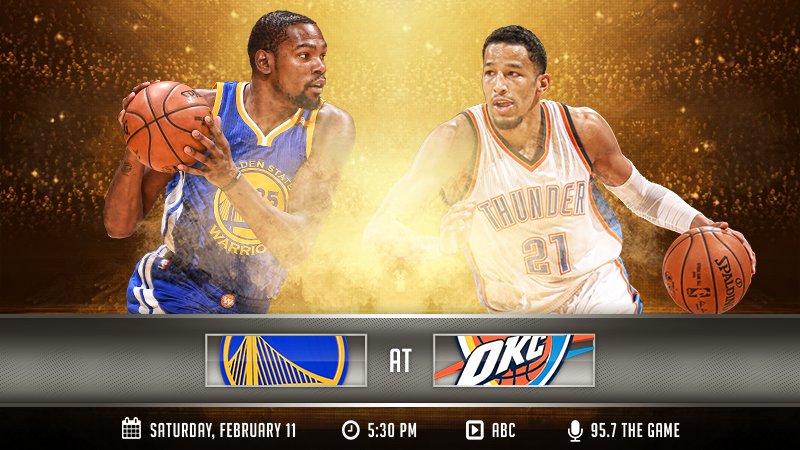 KD GETTING BOOED DURING INTRODUCTIONS

“Basketball is fun in general, especially in an environment like this,” Durant said. “The crowd was amazing. They were loud — as loud as I’ve ever heard them.”

WESTBROOK AND KD GET INTO A HEATED EXCHANGE OF WORDS

I’m coming! For the five people who have seen the great film The Limey, Westbrook should remind you of a great scene from that film.

We would have preferred this be Westbrook than Roberson but the Warriors Twitter account did foreshadow this moment with their preview tweet/image.

KD BURIES A DEEP 3 OVER WESTBROOK IN THE 4TH

Durant’s final 3 of the night came over Westbrook. He finished the game with a team-high 34 points on 12 for 21 shooting and also had 9 boards and 3 assists.

KD POSTGAME INTERVIEW: I THOUGHT IT WOULD BE LOUDER

Durant says he thought the boos would be louder.

WESTBROOK FLIRTING WITH A 50 POINT TRIPLE-DOUBLE

Westbrook finished with a game-high 47 points, 11 rebounds, 8 assists and 11 turnovers.

WESTBROOK POSTGAME INTERVIEW: CAUSE I DON’T

“I do think it doesn’t make sense,” Westbrook said. “It’s over with. He plays for his team, I play with my team. Let him do his thing, I do my thing, and that’s it, plain and simple.”