The internet was buzzing last week when Gerald Green threw down an under both legs dunk in practice.  Here’s H-Town’s Jay Brown pulling off the dunk but doing it off of 1 foot and over a person (nice hat!).

Jay is one of the best and smoothest off 1 foot dunkers in the world who isn’t very well known yet but there’s not a baller in Houston that doesn’t know who he is. Check out the the final minute of this video from the 2013 Houston Rockets Blacktop Dunk Contest to know why.

Speaking of Green and great dunkers, here’s a cool recent pic of Kenny Dobbs, who was the first person I saw go under both legs, with the best dunker in the league. 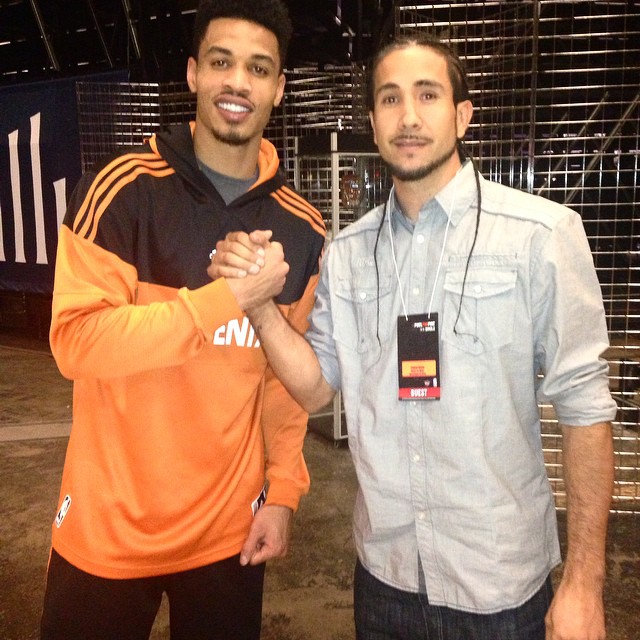