Magic Johnson’s favorite Serbian import and Yakov Smirnoff lookalike may be known to many as the “King of Flops” or the guy the Hornets ended up with for a rookie Kobe Bryant, but he was also a very underrated center for the Lakers, Hornets and Queens…I mean, Kings!

A triple-double threat who is just one of only six players in NBA history with 13,000 points, 9,000 rebounds, 3,000 assists and 1,500 blocks; The other five are Kareem, Tim Duncan, Kevin Garnett, Hakeem The Dream and Shaq.

More impressive than his on the court achievements is his humanitarian work over the past decade, which almost makes up for this 1992 picture of Vlade in a speedo. Vlade was so loved, the GOAT even wanted to be like this guy for a single day and Shaq dedicated a song to him after winning a championship. 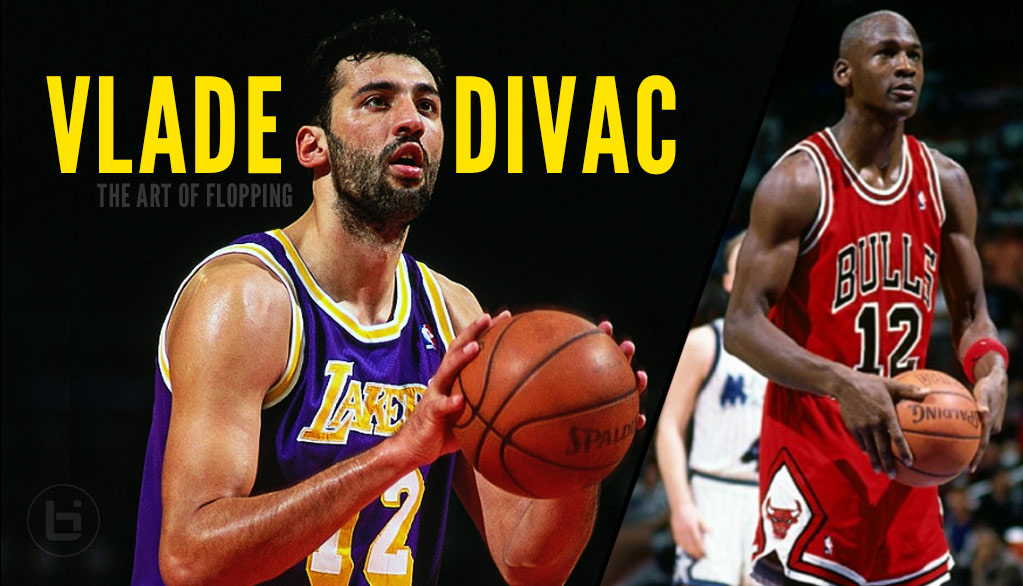 Speaking of Kobe and the Lakers, check out his block on Kobe Bryant along with some great throwback pics of the very underrated former All-Star.