Poor Mozgov. Even when he gets dunked on during warm-ups there’s a camera recording so it can end up in the hands of Shaquille O’Neal. To make things worse, not only did Mozgov get dunked on by his own teammate, but he ended up with a bloody nose when Tristan Thompson elbowed him in the air.

That feeling must have stuck with Mozgov in game 3 because when Mike Muscala tried to take it to him, Mozgov rejected his shot with authority.

As for Thompson, he moved on to dunking on players on the other team. 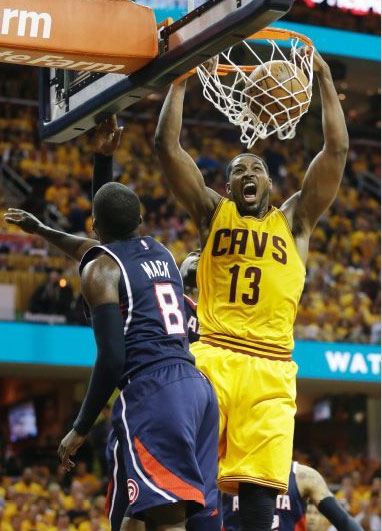