Apparently, Tristan Thompson didn’t appreciate Draymond Green (wearing a t-shirt that trolled LeBron) giving him a shout out during the Warriors championship parade.

“A lot of guys in this league is soft…I told one of them dudes from the Cavs after the game, he tried to shake my hand, I said, ‘Tristan, we ain’t cut the same.'”

According to Bossip.com, LeBron James and Kevin Durant had to break up a fight between the two at a post-ESPYs party in Los Angeles on July 18th. Here’s FS1’s Jason McIntyre with some info on the rumored altercation.

Draymond went up to apologize to Tristan for what happened after G4 of the finals. TT said ‘nah man’ and Draymond tried again, ‘come on, I didn’t mean it’ and then WHAP, Tristan leveled him with a punch. Draymond didn’t go down.

Draymond Green was not the aggressor, he was trying to make peace. Tristan felt embarrassed by the end of the Finals diss moment and just unloaded. Couple players i spoke here in LA/on social media went with, “about time”

Draymond went up to apologize? This Draymond…

I’m not sure I’m buying this story. And here’s a tweet from CountOnVic (a must-follow on Twitter) explaining why.

As we wait for more details on this developing story or some actual evidence/footage or a response from Draymond (can’t wait!), let’s revisit some actual footage of the two getting into it during the NBA Finals.

According to Marcus Thompson of The Athletic, the altercation did happen at the Delilah restaurant in West Hollywood and Thompson “sucker-punched” Draymond!

Phones and cameras were prohibited, which means no footage and we are just going to have to use your imagination. I’m going to imagine Thompson looked like Kareem Abdul-Jabbar (that’s funny in so many ways) and Draymond was Kent Benson.

“It was a sucker punch,” said one source who attended the party. “But, to be honest, it wasn’t really a punch. It was more like a shove.’”

Thanks to Momma Green, Draymond finally posted a response (on Instagram) and Cavs fans aren’t going to like it. 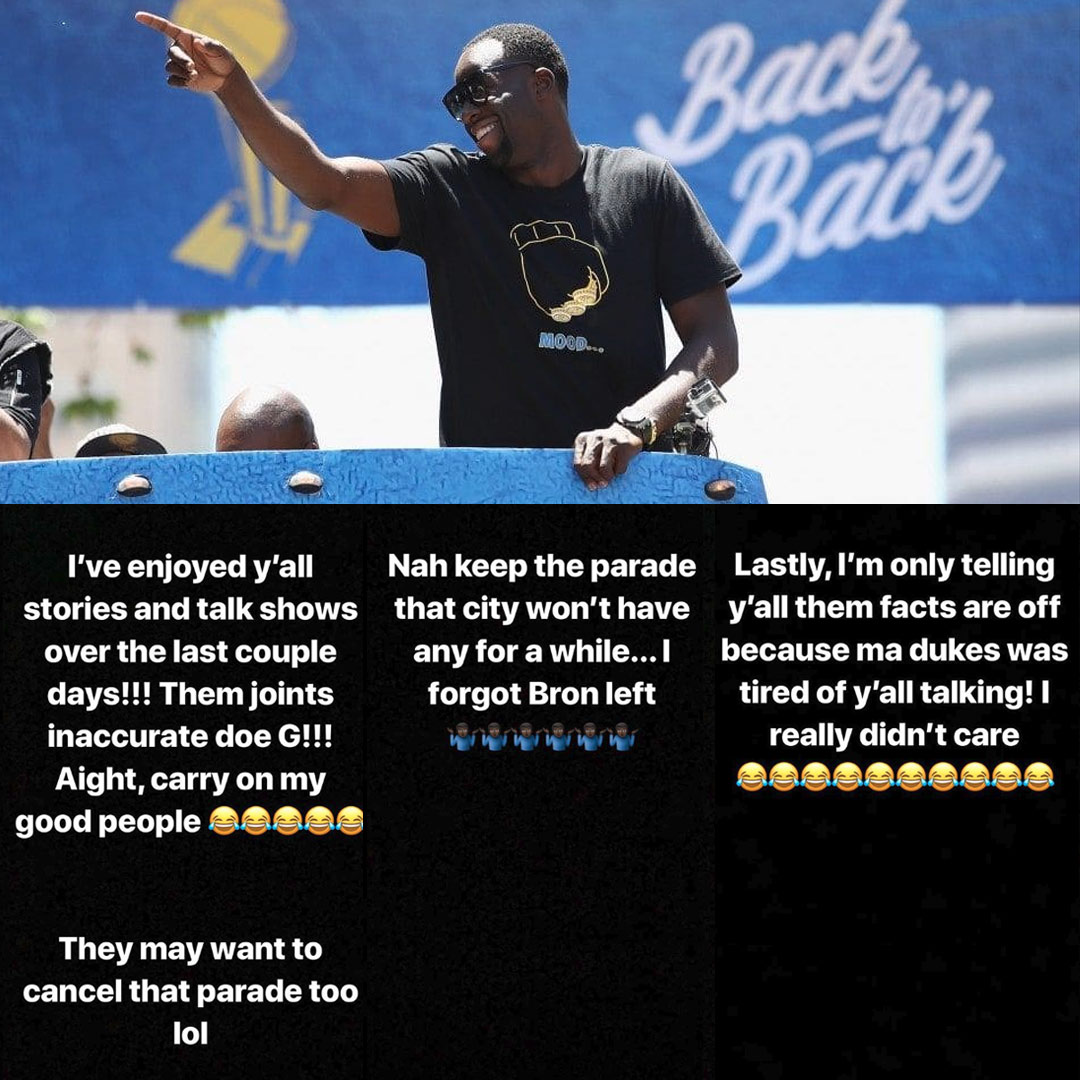