It’s been 2 years since a memorable Tupac appearance. That was at Coachella when a Tupac hologram (actually it was a “pepper ghost”) appeared on stage and rapped with Snoop.

Last night at the Boston Celtics blowout, the arena had some fun by showing a Tupac impersonator in the crowd while playing “California Love.”  I was going to say Tupac wouldn’t be caught dead (no pun intended) at a Celtics game but then again the rapper originally called MC New York wore Duke jerseys and Grant Hill Fila sneakers so you never know. 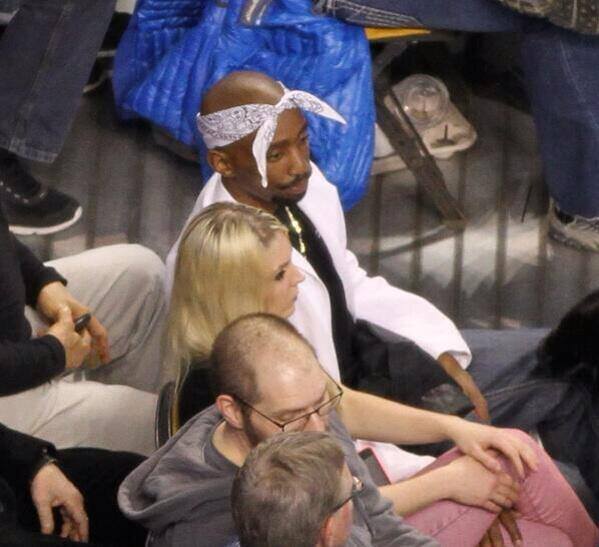 Everybody knows Tupac played Birdy in Above the Rim but the best basketball related story to Tupac is the one about a kid named Joshua.

In 1993, Tupac got a letter from the parents of Joshua, a terminally ill boy in Maryland. They wrote that Joshua’s dying wish was to meet Tupac. So, he flew to Maryland and fulfilled Joshua’s wish. Tupac took him to a basketball game. Soon after, Joshua passed away and Tupac changed his publishing company’s name from Ghetto Gospel Music to Joshua’s Dream.

The experience must have been very impacting for Tupac. Tupac has many companies other than Joshua’s Dream. Euphanasia was a company he created as a type of community center for at-risk children with various resources like sports teams and movie projects. Thug Nation is one of Tupac’s music production company. After his death, Tupac’s mother gained the rights to all of his unreleased music and opened Amaru Entertainment to release the music. He opened several other companies under his name, too. 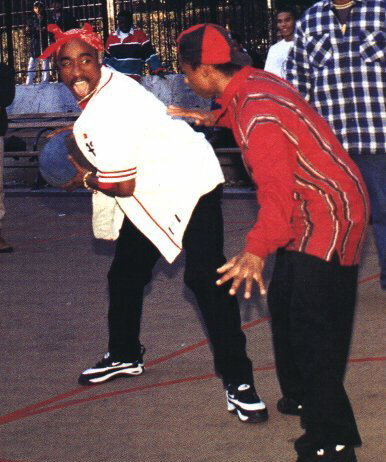 Yes the following pic is photoshopped.