Ty Lawson was doing it all on Tuesday night against the Bulls: 20 points, 12 assists, 3 steals, a clutch jumper in the final minute and causing pain in the body parts of defenders.  Derrick Rose played only 10 minutes due to “hamstring tightness” and that left Kirk Hinrich to spend 31 minutes guarding Ty and as evident in the video above, Kirk’s ankles did not enjoy the task.

Speaking of Kirk and ankle breakers, not many people talked about Kirk getting his revenge on Jamal Crawford last week.  You might remember JCrossover’s famous shake and bake on Kirk back in 2008. If not, take a sec…

Granted it wasn’t as nice and the play took forever to lead to a point as opposed to Jamal’s clips but still, it was nice and the revenge was a little sweet.

Now back to Lawson and his move. I noticed a lot of people are debating whether his move was a crossover or not.  The majority vote says Kirk’s ankles were the victim of an “In and Out” move – not a crossover and definitely not a Shammgod. This is what a Ty Lawson ankle-breaking crossover looks like.

Now that “should be against the LAW SON! (Mark Jackson voice)”

And if ending up on the “crossover of the day” video wasn’t bad enough, Kirk almost ended up on a poster too.

I also forgot to mention that Ty’s clutch shot with 8.3 seconds left was over Kirk.

“That’s my range,” Lawson said. “Kirk Hinrich kept backing up so I had enough space to get it off.” 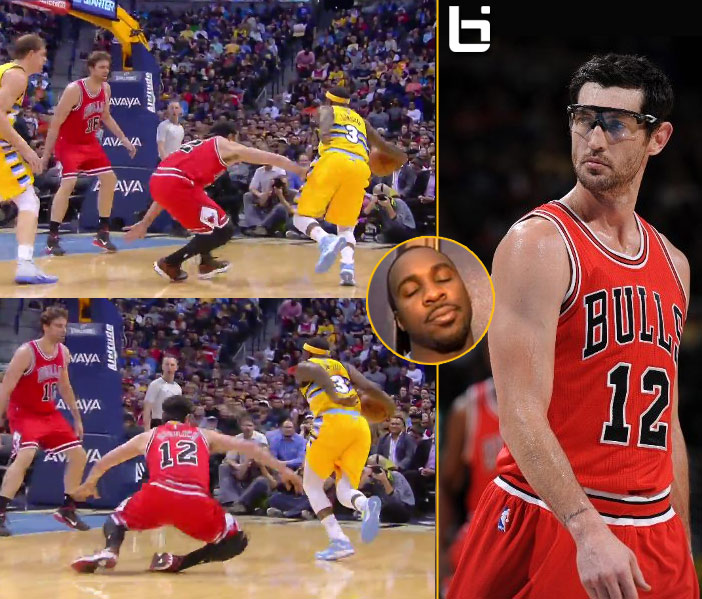