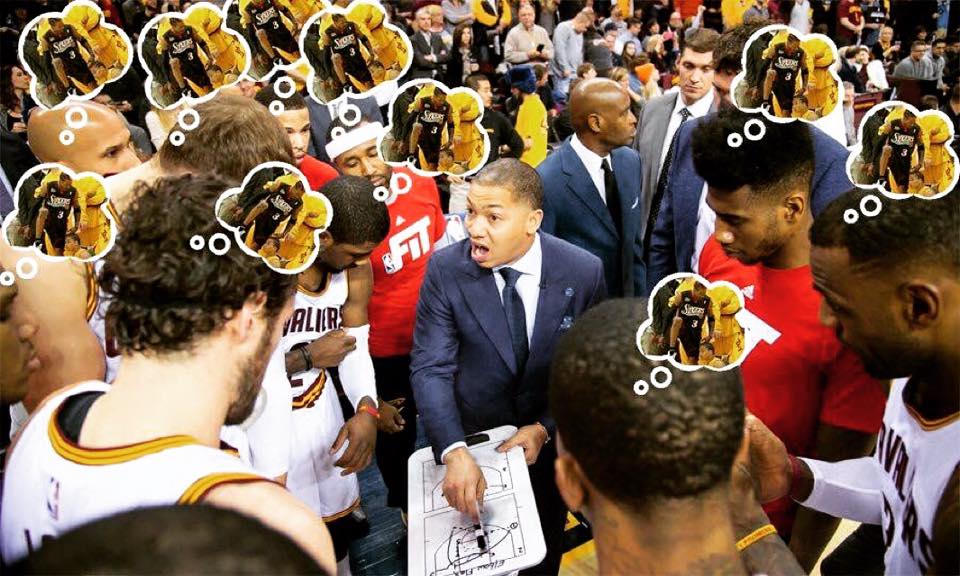 “I don’t think we’re in good enough shape,” said new Coach Tyronn Lue after the Cavs 83-96 loss to the Bulls on Saturday. “Early, we wanted to push it, we wanted to open the floor, and we came out and did that, and then we just dropped off the map. We got tired. I just don’t think we’re in good enough shape right now to play in the style that we want to play.”

So ironic considering the bench players were wearing shirts that said “FIT.”

LeBron – one of the best conditioned athletes ever – had a game-high 26 points along with 13 boards and 9 assists and JR Smith finished with a double double of 18 and 11.  Kevin Love had 14 points but only 5 rebounds and Kyrie Irving struggled on his way to 11 points on 5 of 16 shooting.

The Bulls got 25 from Gasol, 20 from Butler and 12 from Derrick Rose, who had some impressive plays against Kyrie Irving.