Forget the trailers for Star Wars: Episode VII, Pepsi just released a teaser to a sequel that has me more excited than 40 year old virgins who have already pre-paid for tickets to see the first midnight showing of the new Star Wars film next month (just a joke Jedis & Rebels, I tried to buy a ticket too). The teaser i’m talking about is Chapter 4 of the Uncle Drew series featuring Kyrie Irving.  The full episode will debut in 2 days on November 12th.

Believe it or not, the first episode debuted 3 and half years ago way back on May 18th of 2012! Since then the video has racked up over 40 million views and spawned a few sequels with some amusing cameos- Kevin Love, Bill Russell &  Nate Robinson to name a few. What most people don’t remember about the series is the cliffhanger they left us with in 2014.

In February of 2014, Pepsi released a 2-part video called ‘Uncle Drew: Searching for A Big Man.’  In those final Drew videos, they teased fans with a character named Otis – tall skinny player from New Orleans – who Drew was going to pick up for All-Star weekend which was also in New Orleans. Most people thought it was going to be Anthony Davis since he played for NO. Others thought it was going to be Kevin Durant because he’s more marketable than AD and has a contract with Gatorade and Gatorade is owned by Pepsi. Pepsi never released a video showing who Otis was and we were left with a year and half hiatus. And from the looks of the teaser, it doesn’t look like they are going to continue that 2014 storyline, so I’m going to go ahead and tell you who Otis really is: it’s Tyson Chandler. 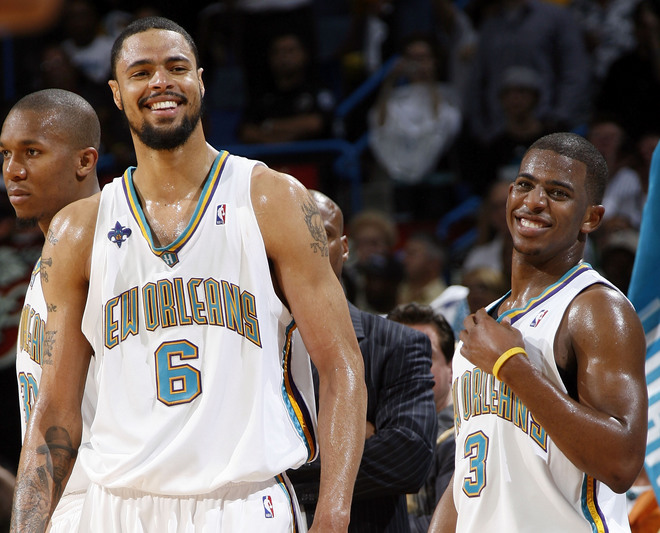